Welcome to the FA Cup Fifth Round clash between Arsenal and Middlesbrough at the Emirates, brought to you by Arsenal’s Official Car and Van Rental Partner Europcar. 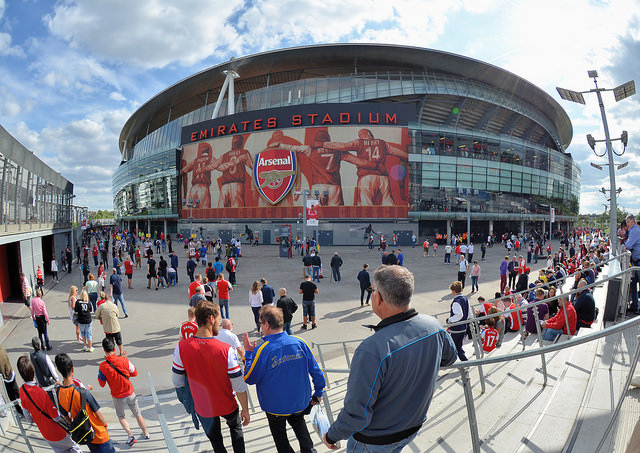 The Gunners’ defence of the world’s oldest football cup competition continues with the visit of Aitor Karanka’s Championship side.

Boro are riding high in the second tier, sitting atop the table after their midweek 2-1 win against Blackpool. However, they’ve also proved they’re more than a match for the big guns, having dispensed of Premier League champions Manchester City in the last round.

Last time out in the FA Cup Arsenal saw off Brighton in an enthralling 3-2 battle at the Amex Stadium, with that result adding to Arsene Wenger’s sterling 2015. Six wins out of the last seven outings for the Gunners.

It’s likely Aaron Ramsey and Alexis Sanchez will both miss out for the home side after picking up knocks at Leicester, though Wenger can rely on the sterling form of both Theo Walcott and Mesut Ozil in Sunday’s 4pm clash.

Follow all the action, reaction and social media buzz from Arsenal vs Middlsbrough LIVE, right here:

It feels like I've said this too many times in the last year, but here goes one more time. This could well be the...

Three Things We Learnt About Arsenal During Dortmund Triumph