January, the month Arsenal fans galvanise over year upon year for the signing that is inevitably never going to come. For once, it’s been a January for Arsenal to remember this time round, with Wenger making significant ground on and off the pitch. The boss delved into the market with purpose, and he didn’t waste too much time in doing so. 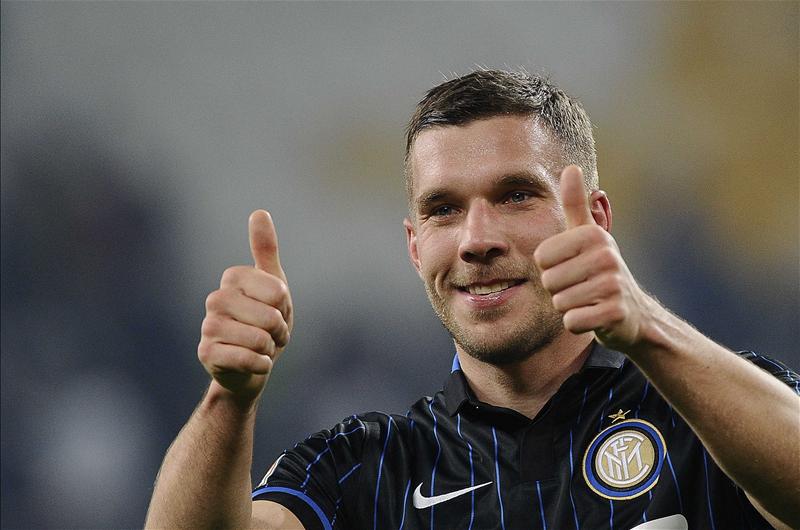 In the space of 30 days the boys have managed to pick up four wins out of five, including the success in two rounds of the FA Cup, the Gunners booked themselves into an early getaway from the harsh winter period.

After a horror injury show before Christmas, we felt the full force of life with players playing out of position, with the most noticeable being Calum Chambers. With the youngster being forced straight into the starting line-up and immediately playing in a new role at centre back, it was a new-look Arsenal back line which went out of fashion quickly.

Silly mistakes from our back four allowed the likes of Stoke, Leicester and Hull City to steal points from us, which if we speak in hushed tones could’ve meant ending the challenge for that League title we so desperately crave.

But lets focus on what’s happening now, and after a successful spell in the market, Arsenal look well equipped to finish the season with some back bone. Squad depth will play a huge part in that fight, as we look to pick up some good run-ins with the three remaining domestic competitions we are still hugely involved in.

Widely regarded as the man who doesn’t take defending lightly, Gabriel was a surprise selection from Wenger in the early days of the window. We had never been linked to the Brazilian before, but Arsenal scouts saw his impressive record with La Liga outfit, Villarreal.

Standing at 6ft 2, the defender has always played through the central role, with his most notorious ability being to spot the long balls coming in from set pieces. He left the top Spanish league boasting the third place standing for ‘most interceptions’ made, something us Arsenal fans know all too much about.

The fact is that Gabriel was brought in for recovery when Koscielny and Mertesacker are in need of refuelling. But this hardcore defender isn’t here to warm up the bench, he can provide genuine competition at the back and will often get his chance during busy weeks of football, with the Gunners having built-up fixtures from the overlapping Champions League and FA Cup.

Joining the Gunners early on in the transfer window, this is a kid that Wenger has had his eyes on for a while and admires very much.

At just 17 years old, the Polish youngster was brought in from Legia Warsaw after making five first team appearances. He stands as a centre-defensive midfielder but is versatile to play on the left or the right hand side and reminds me of our main man, Francis Coquelin.

The thing that shines out for this guy is his discipline, he has joined this club and knows just how big that opportunity is. Mixed with his experience in the Polish Youth International side, he has traveled extensively and will have gained experience from the likes of Fabianski and Szczesny, so he probably knows what it means to be a Gunner. Talking in an interview with Arsenal Player he mentioned that this was part of his dreams coming true, so he knows what a chance the boss has given him and I’m sure he’s eager to repay him.

In terms of whether he is right for us, he can fit in to cover a position that is hotly contested by the likes of Mikel Arteta and Matthieu Flamini, two players who will be gone in two years time I’m sure of. That’s where Bielik will want to make his appearance and create an impact. He looks energised, faithful and up for a challenge, which is exactly what we need in squad depth, to have players realising their place isn’t confirmed every week.

Since joining in mid-January Bielik has spent the majority of his time in the fitness room and out on the pitch to build his physical ability to the standard of English football. We will most likely see the youngster perform for the Under 21’s for the rest of the season, but I fully expect him to make a breakthrough, because when you spend £3m on a 17 year old you’re making a pretty big statement.

It’s really rather hard to find out where the story started and began for Poldi, but I’m sorry to say I think we may have just finished the last chapter.

It took just one day for the loan deal to go through when the January window opened, and by the next day Podolski was in the starting line-up for Inter. Now forgive me if I’m wrong, but if that isn’t proof of a player unhappy at the club then I don’t know what is.

Podolski has every right to be unhappy with his situation though, he was messed around by Wenger and never given the chance to shine on a regular basis. Since joining in 2012 with Olivier Giroud, it signalled a change in the firepower up top, however what we got was water pistols rather than machine guns…

With the capture of Alexis and options in Cazorla and Ozil for the vacancy in the left hand position, I don’t see any reason for the German to be booking a return ticket to London. He deserves to be playing football every week and making a valid contribution because he is a remarkable player and even more of a remarkable role model. When things weren’t going right he didn’t moan to the boss, he stayed faithful to the Gunners family and is still sending messages of support to the team every day.

He will always be loved by Gunners fans, but sadly this is a love story that doesn’t have a happy ending.

With the arrival of Gabriel, we saw the exit of Joel Campbell who joined the Spanish club in a swap deal which also included a £700,000 fee for the Costa Rican stars services.

Life hasn’t been easy in a Gunners shirt for the winger, and after  leading his country to World Cup success in the summer, Arsenal fans couldn’t wait to see the midfield maestro light up the Emirates. Unfortunately I think Campbell forgot to pay the electrician because the stage has not been so kind when he’s been granted the star man.

Chances were handed to him in the Capital One Cup and FA Cup, where he was a starting figure in all games. Substitute appearances of ten minutes or so never gave him a chance to get into the game, with chances being missed to seal a result for the Gunners.

But ultimately what is disappointing is Campbell is the King of the loan spell, after spending three years as an Arsenal player but never pulling on a red and white shirt. The 23 year old was finally granted a work permit for the 2014/15 season, allowing him to play for us at last, but that oppurtunity didn’t exactly last long.

With the return of Theo Walcott and Serge Gnabry, Campbell has more than enough work to do when he returns to the club in the Summer. In the meantime, it’s important he is getting regular game time whilst over in Spain, let’s just hope the heat doesn’t get to his head. 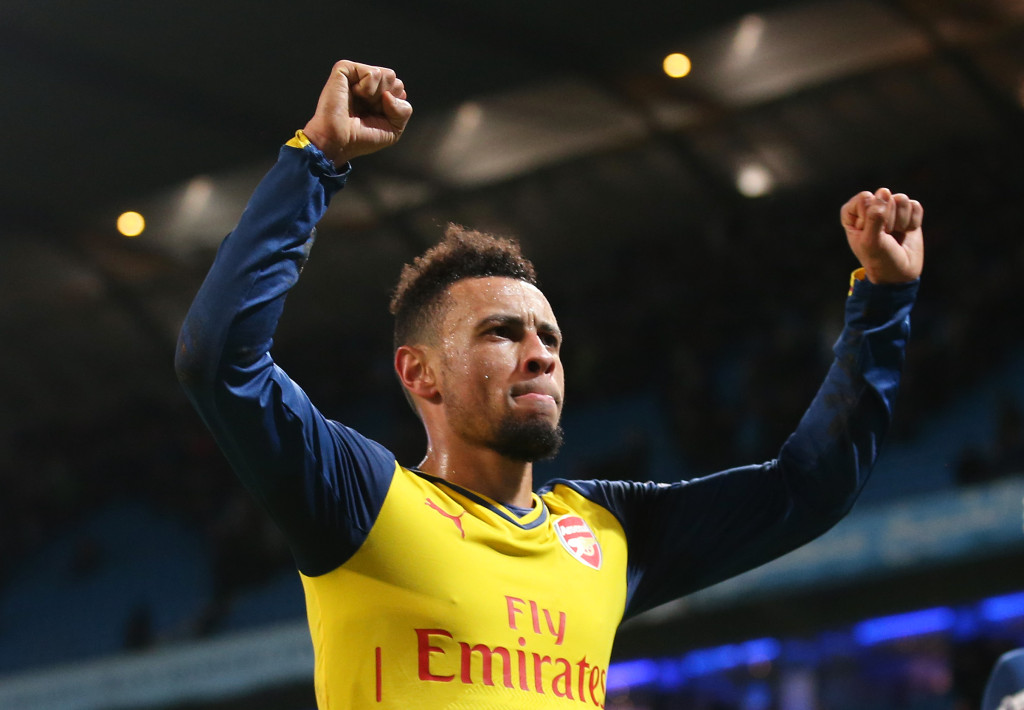 Francis Coquelin – Two months ago Coquelin was playing for Charlton Athletic, now he has just signed a new 4 and-a-half year deal to stay with the club he calls “his second home”. Wenger was delighted with the signing after a number of excellent displays for the Gunners in big games.

Mikel Arteta – People have played down the 1-year extension Arteta has signed, saying it is a waste of money for such an injury prone player. But having Arteta around the camp is huge, for experience and maturity, he has led the line as Arsenal captain and deserves the repayment.

Chuba Akpom – A 4 and-a-half year deal for the 19 year old who’s been watched by so many other clubs in the English and Spanish leagues. Chuba has Arsenal in his blood and still has a point to prove.

Joel Campbell – Surprisingly the Costa Rican international has signed a 4 year deal, which will be welcome news for Arsenal fans who are craving squad depth.

Mesut Ozil: “There Is No Rush To Sign New Contract”

Report: Arsenal Plotting Move For Portuguese Left Back Whilst Gibbs Could...