How Arsenal will line up this season and in particular how new signing Willian will be deployed, has been a topic of conversation for many since the Brazilian arrived last month.

On Thursday, a video emerged from Aubameyang’s relative Instagram story which showed Pierre’s excellent goal against Aston Villa in a behind closed doors friendly earlier this week. On the face of it, an excellent goal. But a closer look at the goal and the events leading up to it reveal something very interesting.

Auba’s banger in the friendly against Aston Villa the other day pic.twitter.com/tuE6cBOBjG

On the pitch together we can see Aubameyang, Lacazette, Pepe and Willian. This would imply that Mikel Arteta was experimenting with a change of shape, as it is unlikely that all four could fit into the current 3-4-3 system. With Aubameyang cutting in from the left and Pepe on the right, it looks like Willian may have been deployed behind the striker, perhaps in a 4-2-3-1.

It has been discussed by many reputable news sites (The Atheltic), that Arsenal view Willian as an option in an attacking midfield role and it is actually said to be the players preferred position.

Willian turned 32 last month and so his speed may start to decline in the coming seasons. His qualities of being a hard-working creative player remain though, and therefore a more central attacking role may suit him.

Whilst the Gunners saw a lot of success in the 3-4-3 towards the end of last season, the best results came against the stronger teams. Against weaker teams (like Aston Villa), Arsenal seriously struggled to get enough creativity and forwards in the right areas to create and score chances.

With Fulham up first, perhaps Arteta is considering a more attack-minded 4-2-3-1 formation to include the likes of Pepe, Auba, Lacazette and Willian. If he doesn’t start with it, it could at least be considered an option if the Gunners are struggling to create chances. 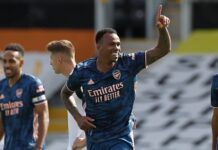 According to the reliable GFFN who cite RMC Sport,  Arsenal have struck a 2million euro deal with French club Dijon to sign Icelandic goalkeeper...

Arsenal appear to be actively looking to shift some first team players in an attempt to raise funds for further new arrivals. According to SportBild...

Arsenal made a winning start to their Premier League campaign and in emphatic style. The Gunners looked slightly shaky in the first five minutes, but...

Arsenal will face Fulham in the season opener today at 12:30. The Gunners will want to get off to a winning start against the... 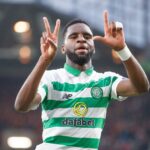 Arsenal are set to have an active few weeks in the transfer window after Mikel Arteta told press on Friday that the Gunners still...

All the behind the scenes photos of Mikel Arteta’s first day...