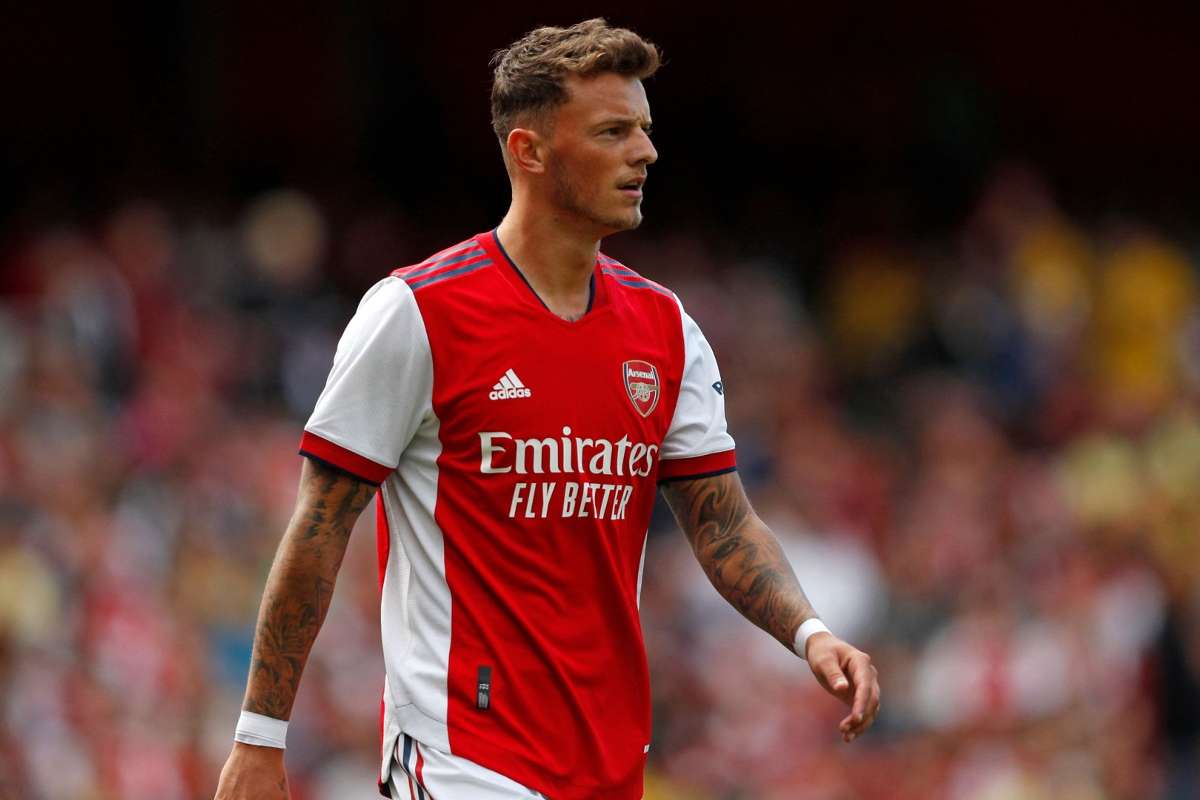 Arsenal made a significant investment in players this summer – so what are they trying to build? In this article I take a closer look at all the new arrivals, recent departures and what it means for the squad and direction of the club.

So what inspired this article? I noticed a lot of negativity on my Twitter feed post-deadline day, fans seemed frustrated there was no ‘marquee’ signing, all our arrivals seemed promising but expensive and not capable of giving the club any drastic immediate lift up the table.

I understand this frustration, but Arsenal have finished 8th two seasons in a row now, short term solutions in the shape of Willian, Thomas Partey, Aubameyang’s contract extension, have not worked. Arsenal needed a major rebuild and to do that they needed to:

– reduce the age of the squad
– adapt the technical profile of player in the squad (players to help in transitions)
– make mass changes (in and out)
– rebalance the squad.

Have they done all of these things perfectly? No. But this has been a window that has seen a significant step in the right direction. So first, I will look into the positives, and further down you’ll see some negatives in the ‘what went wrong’.

The successful strategic shifts in this transfer window

What’s clear from all of Arsenal’s signings is the requirement of improving the squad’s ability in transition. Bringing in players who can break lines by dribbling, precise passing or ideally, both.

Arsenal lacked goals last season and with no forward player arriving, why will this season be any different? Well Arsenal’s issues haven’t really been in finishing, they’ve been in generating enough chances and these signings should help the team be more progressive on the ball and therefore create more chances and in turn score more goals.

Let’s start with Tomiyasu. A lot has been said about his defensive attributes, and whilst that’s true, what has been underreported is his ability at progressing the ball, experience playing central defence, right back and central midfield make him a good fit for the inverted full-back role Arteta craves.

Tomiyasu doesn’t contribute much in the final third and that’s why many neglect reporting his attacking influence, but that doesn’t mean he doesn’t and can’t help the team attack.

Tomiyasu was a key part of Bologna’s build-up play. Right-footed, he is also very comfortable with his left foot and this enables him to hit areas across the pitch with his passing, very much the opposite of a one-dimensional player.

In Serie A he became well known for his ability to play driven forward passes into the feet of the midfield and attackers, then enabling them to effect the next phase of play. He also plays with a high energy both on and off the ball.

These are similar attributes to what Ben White offers from defence. White though, is also a bit more comfortable dribbling the ball forward, as well as passing. White’s 0.7 dribbles per 90 last season rank very highly amongst other central defenders.

Luiz was ever-present in Arteta’s lineups because of his ability to pass and dribble forward with the ball and White has been given a similar task in this setup. When you contrast his skillset to Holding’s, it’s easy to see why Arteta put White so high on his list of priorities.

Let’s look at Lokonga. A defensive midfielder, but again a player who thinks forward. His passing (0.9 key passes per 90) and his ball carrying (0.9 dribbles per 90) make him a player that doesn’t just recycle the ball, but moves it up the pitch.

Tavares, albeit Tierney’s backup, is a powerful runner that looks to carry the ball forward with intent. Yes, it was a League Cup game, but he evidenced that ability with 4 successful dribbles against West Brom.

And we know about Odegaard. He averaged more than 1.5 key passes per 90 and over 1 dribble per 90 for Arsenal last season. Few in Arsenal colours managed to match up to either of those metrics.

Aaron Ramsdale has also come in and instantly showed he is an upgrade on the ball from Leno. The Englishman brings a lot of calmness to his back four, but crucially he is better at progressing the ball than Leno. He knows when to go short and long and does so with confidence.

He was signed last summer, but Thomas Partey’s ability to pass forward and dribble through players was also obviously a key reason to why Arteta wanted to sign him too.

This squad felt bloated with passive backward players who waited for the opposition to take the initiative. Arteta will hope that the new arrivals enable the team to now be more forward-thinking and take the game to the opposition, becoming more proactive.

Adjusting to a wage bill without Europe

Arsenal spent a lot on transfers this summer, but since Jan 1 2021 they’ve massively reduced their wage bill. This needed to happen due to the reality of not being in Europe this season and also to establish a healthier wage structure at the club that breeds.

Without going into the full breakdown, Arsenal shifted nearly £1million a week in wages since the start of 2021. Whilst new players have of course come in and improved contracts have been signed, there’s still been a substantial cull on that wage bill.

Over the next 12 months the likes of Leno, Kolasinac and Lacazette are likely to be more big earners set to leave the club. With fresh additions coming in their place, Arsenal’s plan to rebalance the squad dynamic is well and truly in place.

The club are creating a much lower base of salary in squad where performances and ultimately Champions League qualification will be required before those big contracts are back on the table.

Arsenal now have the third-youngest squad in the Premier League and that could drop to the lowest once the next summer window has passed. There is a clear strategy to reduce the age of this squad.

It’s clearly a fairly new strategy, being implemented from January 2021 at the earliest. Whilst I do worry a little about the club’s lack of experience, it’s clear the short term fixes were not working with signings like Willian. Arsenal needed a new direction and this massive overhaul of players has enabled them to seriously reduce the average age.

With younger players comes smaller wages, perhaps more hunger and desire in individuals, who are still looking to mould their careers, rather than playing in the twilight of them.

There’s also a togetherness in having players on the up rather than a majority in the twilight of their careers. The likes of Smith Rowe and Saka have undoubted chemistry together and will continue to push each other – that can only be good for this club.

To achieve this aging down Arsenal required a lot of ins and outs over the last two windows and whilst they’ve not achieved all that they wanted, they have taken significant steps.

It’s clear to see that by bringing in passionate, positive and young players like Ramsdale, Tomiyasu, White, Lokonga and Odegaard, Arteta was keen to shift the culture in a more positive direction. So far, this looks to be reaping rewards. Of course, quality on the pitch is the most important, but ‘soft factors’ can have big influences in games with small margins. Ramsdale’s energy is the epitome of this.

You look at Leno and Bellerin, two players who are not terrible players, but did either of them really want to be at Arsenal? Were their heads in the right place? Were they of the right makeup to play in the Premier League? So far, Ramsdale and Tomiyasu appear much more suited to those roles.

Let’s not pretend it was all perfect. Arsenal’s inability to sell was certainly a problem. They’ve kicked the can down the road with plenty of loan deals and it just leaves more to do next summer.

It also means Arsenal spent in excess of £100million net spend this summer, significant support from the owners in the market, but that is unlikely to not need to be repaid, given the lack of owner funding in the past.

Even if they were willing to inject £100million this summer, they won’t do that every year, so the club need to improve in the market. There were disposable assets there to sell for around the £100million mark in total. The external environment made selling difficult, but Arsenal need to lead the market and not have excuses. Both Manchester City and Chelsea managed to sell around £100million worth of talent.

Bad squad planning is evident when you look at the attacking areas. Alexandre Lacazette and Eddie Nketiah look like they will struggle for minutes this season and both players will see their contract expire at the end of the season. A more proactive club would’ve sold both players this summer if not before.

Then there’s Folarin Balogun – signed a new deal but now seemingly 4th in the pecking order up top. Without Europe, what minutes will he get? Surely a loan deal or even financially suitable sale would’ve made more sense. His value will only diminish this season.

Arsenal were wise to cash in £25million for Joe Willock, but that was more down to the quality he showed personally whilst out on loan rather than any particularly good piece of negotiation or business from Edu Gaspar or the club.

Arsenal Oli Price-Bates - October 2, 2022 0
Arsenal remained at the top of the Premier League after an impressive 3-1 win over bitter rivals Tottenham. The Gunners started fast and took a...

Arsenal Oli Price-Bates - September 18, 2022 0
Arsenal got back to winning ways and back to the Premier League summit with a mightily impressive 3-0 win away against Brentford. The Gunners were...

Podcasts Oli Price-Bates - September 16, 2022 0
Oli and Pet return to talk about fixture rescheduling and whether or not it is beneficial to Arsenal. Is the marginal benefit worth the...

Arsenal Oli Price-Bates - September 8, 2022 0
Arsenal got off to winning ways in the Europa League on Thursday evening with a 2-1 win away to FC Zurich. Arsenal were not at...

Podcast: Analysing the loss to Manchester United, refereeing debate & the team for Zurich