Arsenal’s Emirates stadium is one of the best in Europe as it has an iconic design but how does it compare to Highbury and is it is the same? The club moved to the Emirates in 2006 and is now the home of the gunners. The away supports are allocated a good position within the stadium and this is pleasing as this is a modern consideration. At rival clubs like Manchester United and Newcastle away supports are pinned in the top right hand corner of stands and as a result are never seen on television or too prominent.

Highbury to the modern gunner was decorated with many great players, these included Tony Adams, Ian Wright, Thierry Henry and the fantastic Dennis Bergkamp. Highbury’s re-development during the early years of the Premiership will always be remembered for the mural behind the goal, rather than simply have a black space it was decided that a depiction of a crowd would be more suitable. 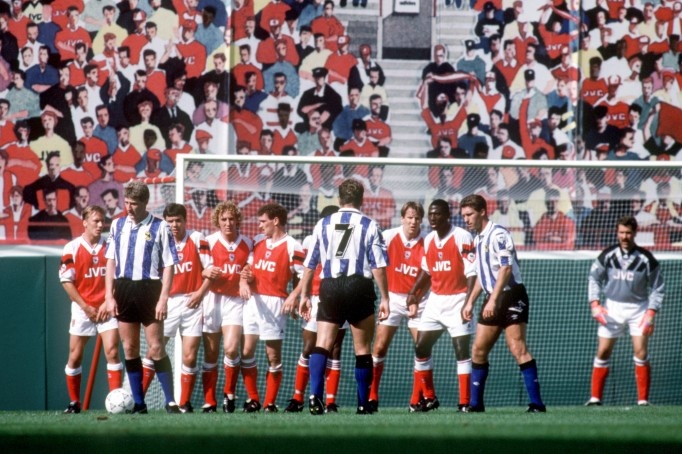 Despite being a novel idea the mural was a disaster from beginning to end, some criticized it as some strangers were sitting next to other children. One thousand women were added including nuns and one lady in traditional African headgear. One can imagine the designer of the idea getting annoyed that a seemingly innocent idea had to be re-drawn and re-painted – what a saga!

Arsene Wenger oversaw the transition between the two grounds and he is still going strong in 2015. Arsene himself has been integral to the success of the new stadium despite taking time to adjust to its new surroundings. Yet fans are quite optimistic of their team’s chances, given the talent on show at the club. With an array of exclusive offers, payment options, and accessibility rates on offer, the gambling industry has seen a steady rise in the UK. Addition of sports betting may have a complementary effect with regards to the Premier League. Many might even want to bet on the Gunners getting the much coveted Champions League spot. And why not? Arsenal, who are currently in the second position, are looking to win their first championship for over ten years; with bookmakers.co.uk you can search for their football betting preview section for their next games against Tottenham and West Bromwich Albion. At this site, you can also check the odds for all Premier League matches in the 2015/16 season. If you are wanting to place some last-minute bets then take a look at the SBOBET live scares (SBOBET ???????) and get the best odds by using a reliable, secure, stable, easy to use the site.

The clock from the ‘clock end’ at Highbury was installed at the Emirates and this was very popular with fans as it mixed in the old with the new. This compromise was never seen when the old Wembley was transformed after years of costly delays, the brilliant white twin towers’ were simply demolished when they could have been integrated into the new design. Arsenal respects its heritage and this is a sign of this respect for the past, the clubs original colours were worn in their final season at Highbury.

The Emirates for some Arsenal fans will never be as great as Highbury but the consensus seems to be that for a stadium approaching its tenth birthday it has served the club well especially as features from Highbury has made the move. Highbury has been redeveloped into flats with the pitch as a communal area which is further proof of how modern ideas can stay true to their origins – just no more dodgy murals please!

Arsenal vs. Middlesbrough Match Preview: Everything You Need To Know