Olivier Giroud’s goal for Arsenal was not enough to give Arsenal any points, following a late goal from Robert Lewandowski. The Gunners now sit joint top with Napoli and Dortmund on 6 points. Marseille are yet to get a point. Next up for the Gunners, away to Borrusia Dortmund!
[divider]
Woijech Szczesny – 5 Barely tested, and conceded both goals without diving the right way. Can’t complain too much as not many would have saved the two goals, but at the same time, he could have done better.

Bacary Sagna – 6 Looked slow and nervous and not his usual self. Whilst the other experienced players stepped up, Sagna struggled.

Per Mertesacker – 6.5 Good performance. Question marks on a few occasions but looked solid and calm at the back, as usual.

Laurent Koscielny – 7 Shame he didn’t stick with Lewandowski the whole game. Whenever he did, the Frenchman had the Polish striker in his back pocket. Another dominant display from the maturing Koscielny.

Keiran Gibbs – 6.5 For the second goal he should have maybe prevented the cross from the right hand side, otherwise he was a strong figure is a defence that was resolute all game apart from when it turned off twice.

Mikel Arteta – 8 Absolutely brilliant. In the absence of Flamini, Arteta did a great job. With five tackles, four clearances and a take on, Arteta appeared to finally rise to the demanding nature of the Champions League last night.

Tomas Rosicky – 7 Showed his quality and skill on the ball. Really good passing and calm in possession, the 33-year-old showed, combined with Arteta, that experience is vital in these big European clashes.

Aaron Ramsey – 6 Far from his best. Still made three successful tackles, but was a bit over confident in the build up to the first goal conceded. Still his work rate earns him a six.

Jack Wilshere – 5.5 Tried a lot, not a lot came off. He looked a bit nervous when under pressure and Dortmund were constantly applying that pressure. Subbed for Cazorla in second half.

Mesut Ozil – 5.5 Neat in possession when he had space, but was muscled off it a lot and game the ball away on occasions when put under pressure. Far from his best.

Olivier Giroud – 8 Worked hard all night with little service, especially in the first half. Was very strong on the ball. Got a bit lucky for the goal, but was in the right place at the right time.

Santi Cazorla – 7 Santi has been missed. His balance and composure on the ball added a lot when he replaced Wilshere in the second half. Almost scored what could have been the winner when he hit the bar with a curling effort. 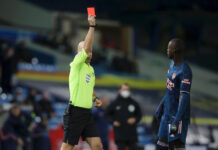 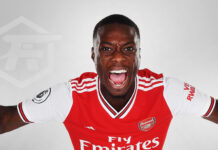 Demba Ba: “I was ready to join Arsenal”