Tonight wasn’t the best performance you’ll see from The Gunners this season but it was our rough diamond Laurent Koscielny who shined in a 2-1 win. He scored the opening goal of the game in the 27th minute and had the highest rating in the side of 8.70. (WhoScored.com) 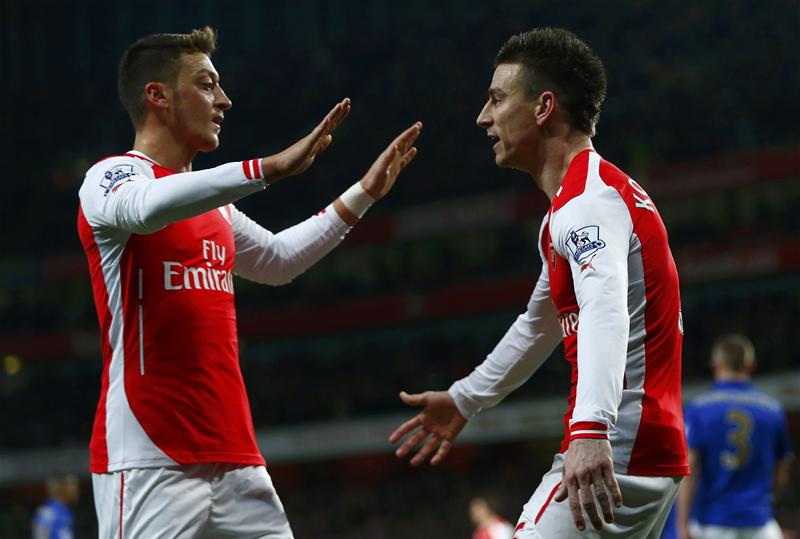 ‘Lolo’ won 10 out of 12 of his aerial duels, showing his dominance in the air, but his goal came with his feet as he tapped home from six yards out as a result of an Mesut Ozil corner. It was an improvement from Saturday when he allowed Harry Kane too much freedom in the games last 45 mins. His only shot of the game came from the opener.

Passing wise not too shabby either, he created 1 key pass (78′), a pass accuracy of 80.8%. Interesting enough thatt was one of the weakest percentages in starting xi, 9th out of those. He attempted five long balls with the just the one successful ball. Making a total pass tally of 52. 69 Touches.

To the stats that truly matter as a CB, Laurent made 9 clearances as Leicester were allowed chances to come at Arsenal and on a different day it could all be so different. Almost all of the clearances came in dangerous areas in the box. 2 out 3 successful tackles made, 67% success.

The Frenchman and the rest of the side have had a better days but a win today was not a requirement but a demand, and Koscielny was key to that win coming to fruition.

Player Of The Week: Francis Coquelin