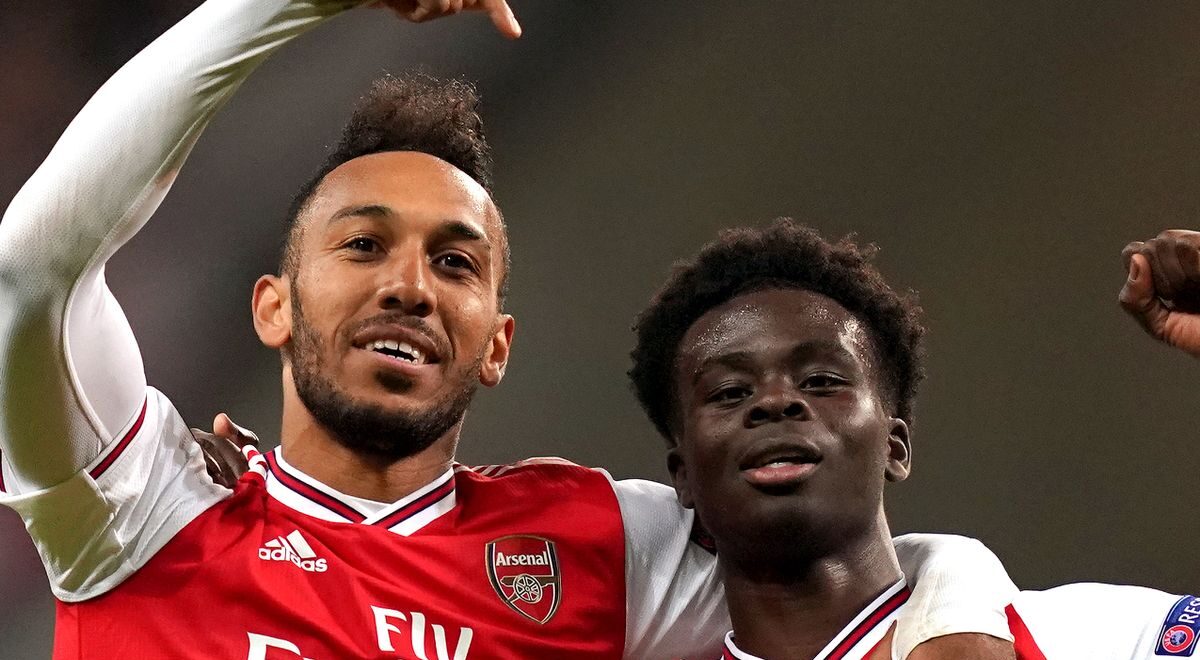 When Pierre-Emerick Aubameyang entered the box and sat down Chelsea’s Kurt Zouma before calmly dinking the ball over veteran ‘keeper Willy Caballero, it felt like a new day was dawning at Arsenal Football Club. The previous few years at the club were far from a success. Arsène Wenger’s time in charge had come to an end, Unai Emery’s short stay in North-London didn’t go as planned and this piece of silverware was seen as the beginning as to what would be a successful spell under rookie manager Mikel Arteta.

Unfortunately, we all know what happened next. Arsenal’s run in November and leading up to Christmas had destined the club to another disappointing league finish and the shock exit at the hands of Unai Emery’s Villareal was the awful icing on this not-so-nice cake of a season. Despite all this, there was a real bright spark in the campaign for Arsenal. An academy product who put the club on his back, accepted responsibility when senior players shirked from it and helped out wherever was needed. An England call-up for Bukayo Saka is a representation of his brilliant season and, despite a predicted lack of game time, serves as a great individual reward for his campaign.

Fans had been introduced to Bukayo Saka when he was given his first taste of first-team football under then manager Unai Emery. The boy who’d been at Arsenal from the age of seven made his debut in the 2018/19 Europa League campaign and impressed in his brief cameos which followed. However, it wasn’t until the following season that Arsenal fans were able to get a real glimpse of what Bukayo Saka could do. Emery entrusted Saka in a game away from home in Frankfurt and the teenager didn’t disappoint. A curling left footed effort into the far corner from outside the box was sandwiched between a fine assist after a solo run for, fellow Hale End graduate, Joe Willock and an assist after winning the ball high for his skipper Pierre-Emerick Aubameyang. This game showed exactly what the kid could do. His season continued to have many high points despite the managerial change and Saka impressed many with his positional awareness. He was asked to fill in as an unorthodox left wing-back where he would plug gaps and take up a variety of spaces up and down the pitch, often operating more centrally, a role he handled like someone with years of experience and know-how. His performance at left back away at Chelsea with 10 men, his outstandingly well controlled volley against Wolves and his assist against Newcastle for Nico Pepe were all standout moments for the youngster and he was then rewarded with a new contract at the start of July that year.

Saka’s first real season as a regular in the Arsenal team saw him continue to look mature beyond his years and he has continued to grow as a player and a person throughout the year. Arteta has continued to use Saka in a variety of positions but this season he was given the opportunity to excel in more attacking areas. Saka was used mostly on the left-hand side in the 2019/20 season but this season he was used more frequently on the right. According to WhoScored, Saka played on the right wing 19 times contributing six goals and four assists along the way. These stats don’t give Saka as much credit as they should and his contribution to build-up play has come on leaps and bounds this season. Coming in from the right, operating in half-spaces and linking up with Emile Smith-Rowe and Alex Lacazette became a regular feature of Arsenal’s play and this was particularly evident in some of the side’s best performances this season. The 3-0 home win against Chelsea, the 4-1 away win over Sam Allardyce’s West Brom and the Europa League second leg against Slavia Prague had Arsenal fans reminiscing Wengerball and the fluidity of the team in an attacking sense was a sight to behold. Saka’s personality away from the football pitch has also wowed Arsenal fans as the youngster never shied away from the challenges that we faced this season.

Following a 1-1 draw at home to Southampton, Saka’s tweet after the game stating that Arsenal fans ‘deserve more,’ was something that you don’t often see from a player of his age. It was a sign that he was willing to accept some form of responsibility for the recent poor results, when really he was the last person to blame. Unlike other senior members of the squad, Saka has also never shied away from tricky interviews and this is a testament to his character, a leader both on and off the pitch despite his age and someone fans can latch onto due to his personality.

A call-up to the 33-man England squad was always going to happen based on his performances, versatility and his prior performances for the three lions. However, a call up to the final 26-man squad would’ve been a challenge for the Arsenal man. Arsenal fans were left delighted for the young man when he was chosen for the delayed European Championship squad. Saka may not get many minutes, but this will be an experience that he will never forget and one that he truly deserves. His versatility may have gone some way to helping him land a spot in the squad but as per @gunnerpunner, Saka deserves his position in the squad for his quality alone. He offers something which the England squad lacks by being a left-footed winger and Southgate has only ever spoke of Saka in a positive light. His performance against Austria would have only helped his chances of performing in the Euros. The winner in a tight game which Saka grew into helped consolidate his good work in the game and, alongside Jack Grealish, he was easily the most impressive player on the pitch.

All in all, this call-up may not mean much in terms of giving England a much better chance of winning the European Championship but for Arsenal fans and Saka it is symbolic of the hard work and brilliant performances that he has produced this season. I’m sure I speak on behalf of all Arsenal fans who will be waiting to see Saka shine on the international stage and hopefully it happens this summer.

Today, Saka was crowned Arsenal’s official player of the season for 2020/2021. Congrats, Bukayo.