Arsenal are set to sign Newcastle defender Mathieu Debuchy for a fee starting at £8million that could rise to £10million, Fresh Arsenal understands. Reports from L’Equipe in France indicate this fee has been agreed.

At the start of the week we brought you reports that Arsenal were extremely close to signing the 28-year-old defender, and now a deal looks close to being announced. A deal is expected to be concluded in the next 7 days, but could be announced as early as this weekend.

France were knocked out of the World Cup on Friday evening, allowing Debuchy to return home and put the finishing touches to a deal, after it is thought Newcastle and Arsenal agreed on a fee of around £8million plus bonuses.

Several media outlets in Spain believe a deal for Debuchy has been completed, and social media hints from both player and club has hinted at an Arsenal move.

Earlier this week Debuchy removed any mention of Newcastle from his official Twitter bio. On Friday Newcastle’s official website listed Ayoze Perez as it’s number 26, the number of Mathieu Debuchy. 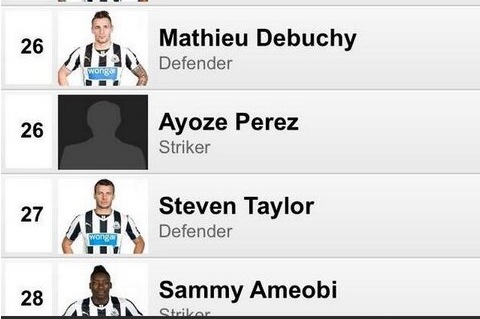 Opting for Debuchy over Aurier indicates Arsene Wenger’s desire to add an experienced right-back, with youthful options Carl Jenkinson and Hector Bellerin already emerging from the club. Both players have the potential to play at the top level for the Gunners, but are not ready quite yet. Debuchy’s addition could see him take the first team slot for the next few seasons and then allow Bellerin and Jenkinson to battle to succeed him.

Would you be happy if the Debuchy deal is completed? Let us know by leaving your comments in the comment section below.

There had been some talk of Aubameyang moving to Barcelona this summer with Arsenal’s star man attracting widespread interest and having just 12 months...

Arsenal are likely to sell a large number of first team players this summer as Mikel Arteta aims to put his stamp on the...

It looks like Arsenal may be preparing for life without their star player Aubameyang, if the latest reports are to be believed. Aubameyang will have...

Player of the Week: Gabriel