A long-term Arsenal target, Luiz Gustavo has been put up for sale by Bayern Munich. The club are well stacked in that area with Bastian Schweinsteiger, Toni Kroos and Javi Martinez capable of playing in that role – Thiago Alacantara also arrived this week to push Luiz further down the pecking order. But Gustavo has shown his quality last year and also this summer at the Confederations Cup and will be desperate to move in search of regular game time.

Gustavo’s adviser Roger Wittmann remained coy on the matter when asked and refused to comment about any possible transfer listing of his client. Bayern are thought to be looking for somewhere in the region of £15million for the 25 year-old.

Gustavo would be a much more defensive option to all the players currently linked to the club in the central midfield area, but having a player like Gustavo in the side could allow the likes of Jack Wilshere and Mikel Arteta to be more expressive and use their attacking attributes to better use. Playing with a completely defensive midfielder has not happened at Arsenal since the days of Gilberto Silva, but there’s little coincidence that those were the days when Arsenal last won major honours. 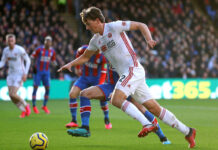 4 Strikers: How Arsenal’s Strikeforce Should Look Next Season

Fans On Twitter Heap Praise On Arsenal Midfielder After Performance vs....