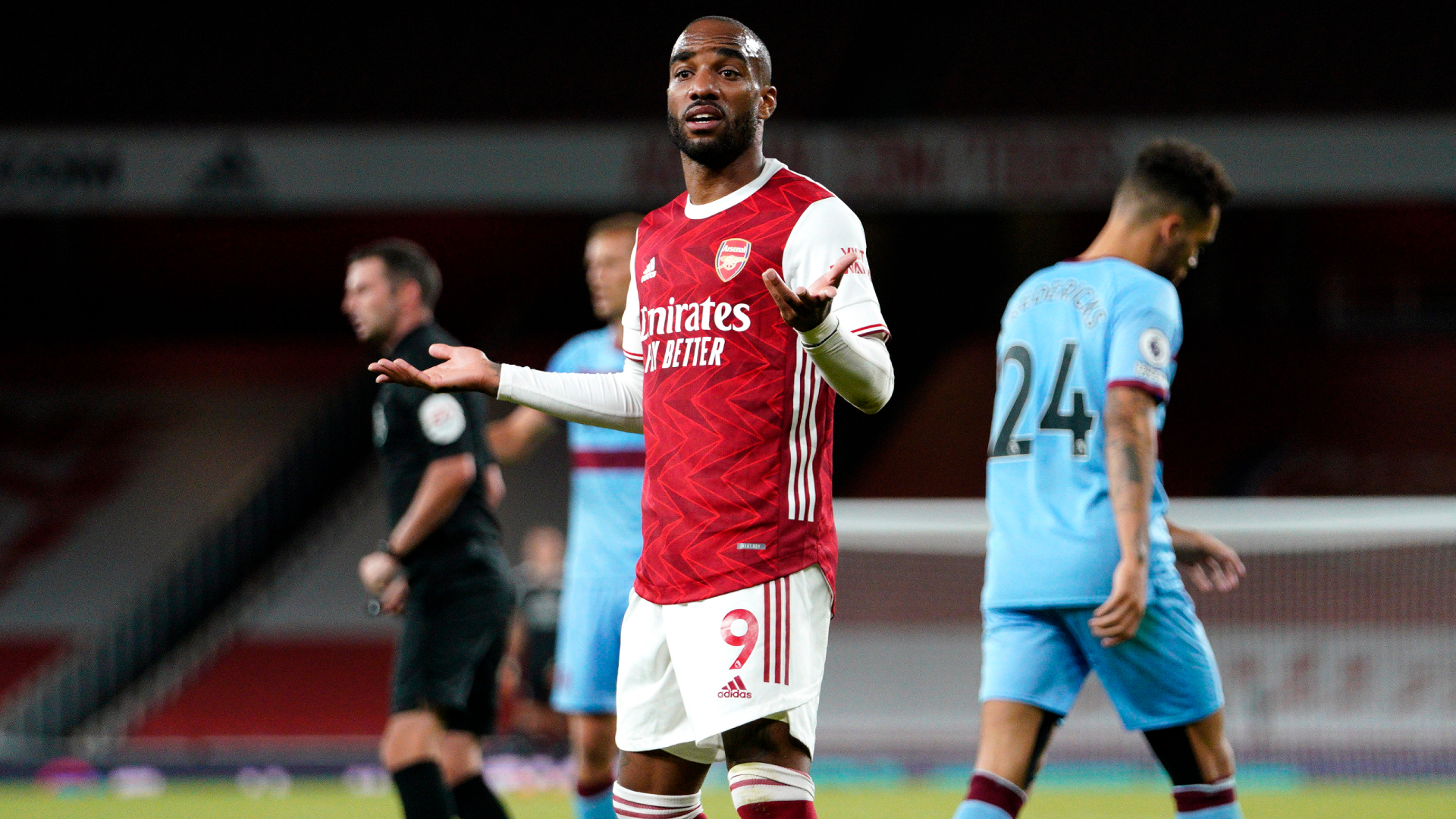 In a 2019 interview with The Guardian, former TV and radio presenter Noel Edmonds opened up on what he describes as his “rock bottom”.

His multi-million-pound’ Unique Group’ umbrella company had just collapsed, his wife of nearly 20 years had just left him, and he was embroiled in a legal battle with Lloyd’s Bank. On January 18th, 2005, he attempted to end his own life. However, just months later, he was asked to present a show called “Deal or No Deal” – which became one of the most successful UK daytime TV shows of all time.

He puts this dramatic turnaround in fortune down, in part, to what he calls “cosmic ordering”, a concept he was introduced to through Bärbel Mohr’s book The Cosmic Ordering Service – A Guide to Realising Your Dreams. In short, he would write a list of requests to the universe and wait for them to come about. “Of course it doesn’t always work,” he admitted. “But… you don’t just stop believing in something because it doesn’t always work.”

For Arsenal, 2005 was a pretty big milestone too. Our last big trophy before the trophy drought saw Arsenal enter a new phase, building a new stadium for a new era of football. Flash forward to now, and Arsenal could do with a bit of help from the universe; currently sitting in 9th with 9 games to play of the 2020/2021 season. But, just like Noel, we kept believing, even when it didn’t work. Now, we have another, very familiar “Deal or No Deal” situation on our hands. Contract mismanagement will be looked back on as a hallmark of our recent history, so let’s hope we get this one right. With his deal due to expire in June 2022, let’s discuss our No. 9, Alexandre Lacazette – Deal or No Deal?

Alex Lacazette’s Arsenal career has certainly not been plain sailing. Signed in the summer of 2017 for around €53m from Olympique Lyonnais, many believed (albeit a year late) that he was the final jigsaw piece in the misfiring attack that, statistically speaking, should have won the title in 2016, if it weren’t for Leicester’s miracle. Fed by a peak Mesut Özil, with Aaron Ramsey in his prime and Alexis Sanchez on the wing, it was certainly a mouthwatering prospect as we entered that season. 4 years on, and there is a feeling among Arsenal fans that Lacazette has never quite lived up to the expectations – despite some undeniable flashes of brilliance.

At his best, Lacazette is a lethal striker and a top link up player. In a game like our 4-0 at West Brom earlier on in the season, you can see his worth. For Saka’s goal, his touch round the corner to Smith-Rowe is everything you can ask for from a modern centre-forward – smart, well-timed and able to hold the ball up to give runners around him a chance to show us their mettle. He also scores two well-taken goals in that game, and there is no doubt he can finish, when on form. Arteta calls him a “natural finisher” – something that has served our no. 9 well through his career.

A positive influence on the dressing room, many of our young players not only enjoy linking up with him on the pitch but credit him with being a huge influence off it. Emile Smith Rowe, a breakout star this season, says Lacazette gives him “so much confidence”, and helped him to settle as a first-team player. Winner of the 18/19 player of the season, Laca is a big game player too, with goals this season coming against Liverpool (A), Chelsea (H), Leicester (A), Spurs (H) and Man City (A) in the cup.

But the problem is his consistency. Long goal droughts have been a frequent feature of his tenure at Arsenal; with 61 goals in 161 appearances at Arsenal, Lacazette often goes months without actually hitting the back of the net. When your central striker goes from late September to late December without scoring, despite a lack of chances created and with some bad luck besides, it’s easy to understand the frustration with Lacazette amongst the fan base at times.

Pierre-Emerick Aubameyang’s arrival in the January window of 2018 may have slightly tempered Lacazette’s development, despite them becoming close friends and forming a good partnership on the pitch towards the end of that season and the beginning of the next. A talismanic and mercurial talent, Aubameyang’s goalscoring exploits, appointment to captain, and ability to get Arsenal out of jail at times have cast a bit of a shadow over Lacazette, often relegating the former Lyon man to substitute appearances. Perhaps Auba’s superpowers cover up the flaws in his game – something Lacazette is unable to hide.

In fact, substitute is an important word for Lacazette – in his first season, he was substituted off the field 16 times in 32 appearances – a theme that has continued regardless of who the manager is, being hooked 13 times already this season. There has often been question marks over his fitness, with some languid and disinterested performances especially during the end of the Emery era, all while his chances of getting back in the French national team squad dwindled.

It looks like Lacazette is on a downward spiral too. His expected goals have been declining season on season since he left Lyon, as have his key passes, goals and assists. He has had a slight bounce recently in certain metrics though, and I have to say I do like Lacazette for a specific role. There may be something slightly deeper for him in certain games, and if he’s able to stay on his feet, he does possess enough technical quality to play a decent hold-up game and arrive late for cut-backs with his trademark finishing – he is in the 99th percentile for how often his shots are on target.

However, at 29, and from a business perspective, this may be our last chance to get any kind of good money for him. There is reported interest from a host of European clubs, including Roma, Sevilla, and even Atletico Madrid who wanted him in 2017 before their transfer ban. Lacazette is slow, slower than even Sokratis and Mustafi were, and despite his stocky build is often bullied off the ball and goes down too easily, breaking down attacks – perhaps a less physically demanding league might suit him. Maybe Arsenal should ask the universe to bless him with a yard more pace…

What Arsenal really need is an all-round attacker. He just doesn’t fit all the requirements of Arteta’s system, and we need someone who can fill that centre forward role with all of the requirements of the modern game. Someone who can hold the ball up and have the legs to press too, lead the attacking line, run in behind, has height, elite technicality, pace, strength and the attitude and confidence to stick it out when the going gets tough – Lacazette just doesn’t tick enough of those boxes.

Arteta appears to like him, though and praises his work rate – something he has clearly worked on. He’s his 6th most used player, and in a recent press conference said: “He has been in really good form for months now. He is sustaining that level, scoring goals and providing the team with something different as well.” It’s difficult to tell whether that’s asset protection or genuinely Arteta’s feelings, but it’s probably true that it can be both. Regardless, Arteta says his future will be decided at the end of the season. One thing’s clear – there is a big decision to make. But with just 11 goals so far this season in the league, surely Mikel is looking elsewhere.

It’s a shame, really. Arteta clearly trusts Laca, but it feels a little bit too little too late, and other, younger options with more asset value long term who fit the profile of a modern CF a bit better should be what we’re after this summer.

It’s fair to say Lacazette doesn’t always work, and if I were Edu, I’d be selling him this summer – but if Noel’s example is anything to go by, and with Laca’s minor renaissance, good influence around the dressing room and his excellent work rate, I wonder if they’ll believe in him a bit longer.