Arsenal made it five consecutive Premier League victories on Saturday afternoon, after cruising to a 3-0 win over Swansea City.

The Gunners went into the game on the back of multiple injury concerns following the weeks action, which forced Arsene Wenger to make some drastic changes.

Just one attacking player featured on the bench as Arsenal saw off a tricky test at the Liberty Stadium as Gary Monk’s pressured the back-line during the first half.

But following an early second half breakthrough from Olivier Giroud, it wasn’t long before this stripped-back squad got into the swing of things.

Here’s how the Gunners players reacted following the days result, as they now prepare for the huge test next Wednesday, an away trip to Bayern Munich. 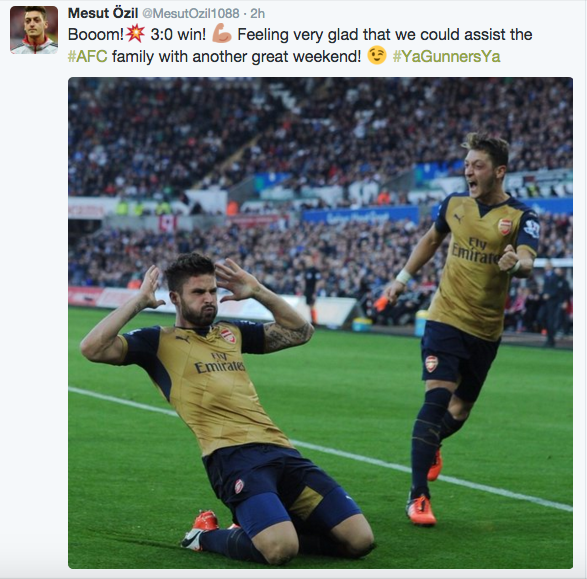 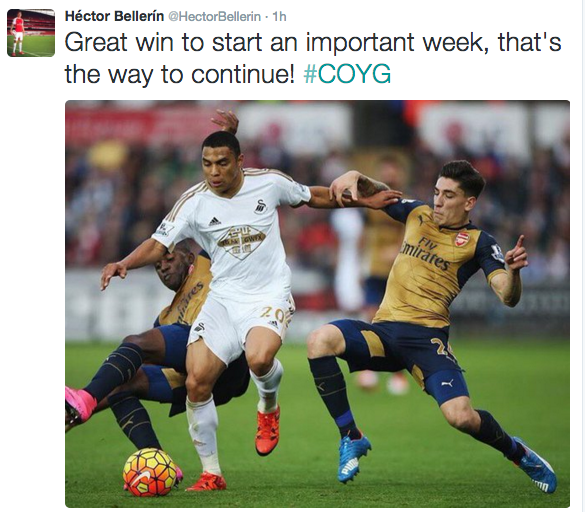 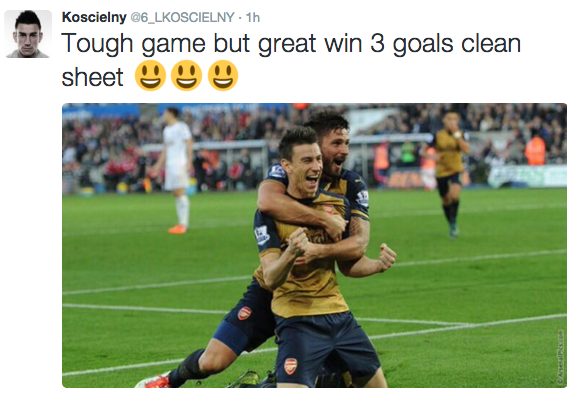 Arsenal Fans React On Twitter As Ramsey & Ozil Excel In...