We’re well into the second half of the season and there’s been a noticeable change in Arsenal’s regular starting line-up. These changes have been generated by players’ form and form alone, which makes competition amongst the squad very interesting. So let’s look at each area of the field from back to front. 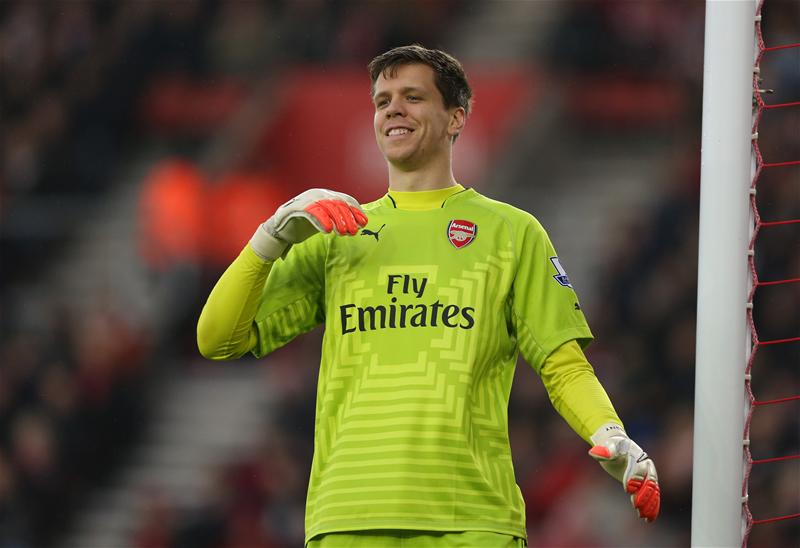 The fight for the number 1 goalkeeper jersey between David Ospina and Wojciech Sczczesny has intensified significantly, since Ospina’s return from a three-month thigh injury. Szczesny has lacked the sufficient competition since becoming the club’s number 1 shot-stopper in 2010, but has been dropped consistently in favour of the Columbian international.

Arsenal have been on an upward curve ever since the 2-0 defeat to Southampton on New Year’s day, keeping three successive clean sheets in the Premier League. Although, this wasn’t just down to Ospina’s assured performances between the sticks, but Arsene Wenger’s improved defensive tactics as a whole. However, it does help that the Columbian offers more reassurance to his defenders than the sometimes rash decision-making Szczesny, after his detrimental antics at St. Mary’s.

Szczesny is still regarded as a talented young goalkeeper, but there are concerns over him baring one of the worst goalkeeping stats of the season so far. Instead of being on par with the likes of Manchester United’s David De Gea and Chelsea’s Thibaut Courtois, he has failed to perform on a consistent world class level; you just have to look at his heroic display at Upton Park, to the one at Southampton 6 days later as an example. For him to be regarded as a David Seaman or a Jens Lehmann, he must step-up against a promising looking David Ospina, who seems to have laid down a gauntlet for that no.1 spot.

In defence, Mathieu Debuchy was brought in to be Arsenal’s first choice right back, but two long-term injury woes have restricted his appearances this season; his first lengthy absence saw Calum Chambers deputize in this position for the first part of the season, and now his latest injury has paved the way for academy graduate, Hector Bellerin, to spread his wings. 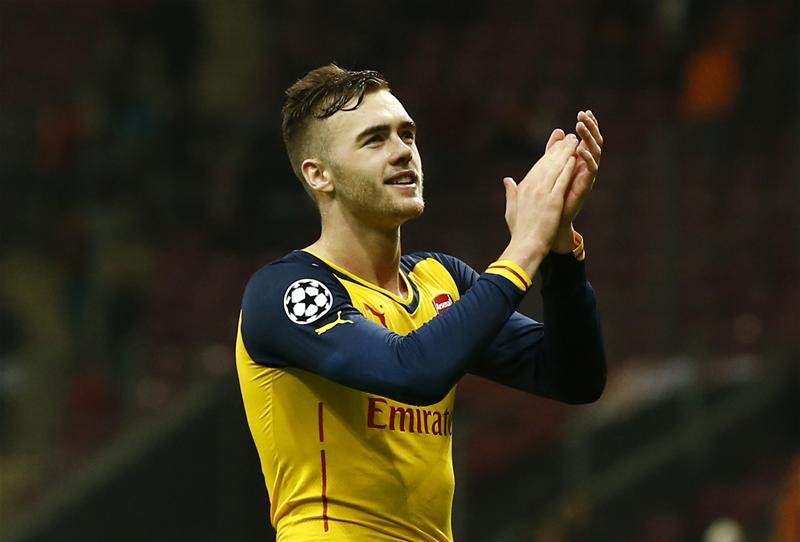 Chambers, who was brought in from Southampton as a natural right-back, earned himself a call up to Roy Hodgson’s England squad for his impressive performances earlier this season. However, in his last few games for Arsenal, he seemed like a young man being thrown in the deep end (Swansea away especially). In the long term, Chambers is tipped to play the rest of his career in a central role, but for now it’s Bellerin whose been favoured at right-back. Like his English counter-part, he’s been very impressive; showing off his pace and offensive ability, and even scoring his first ever senior goal for Arsenal, against struggling Aston Villa two weeks ago. The Spaniard has major potential to be great player, and on current form he looks every bit worthy in battling Chambers for that position.

The other side of the back-four has seen Nacho Monreal, who was utilized as a make-shift centre-back in Laurent Koscielny’s absence, experience far more game time in his favoured left-back position, since the return of the Frenchman to the heart of the defence. This has meant that the otherwise first-choice left-back, Kieran Gibbs, has been dropped consistently in favour of the 28 year-old Spaniard.

Gibbs who also earned himself an England call-up back in November for his consistent efforts, has openly claimed that he understands his current situation. It’s safe to say that Gibbs is the better footballer, but Wenger has persisted with Monreal purely based on current form. Monreal has indeed been one of Arsenal’s most consistent performers this campaign, to the surprise of many amongst the Arsenal faithful, and it can only mean that competition between the two players will intensify, as Monreal aims to keep Gibbs out of the squad.

In the middle, Francis Coquelin has cemented himself in that defensive midfield position, with some eye-catching performances since his return from Charlton Athletic in December; he’s been the fundamental missing piece to Arsenal’s otherwise ‘soft’ midfield, instrumental in every game he’s played since the 2-1 victory at Upton Park. His performances have kept Mathieu Flamini out of the team ever since, and has siezed his chance with team captain Mikel Arteta out injured. But there is yet to be a consistent partner for Coquelin in the base of that midfield. With Aaron Ramsey out injured again and Jack Wilshere returning from injury, there remains to be ‘auditions’ for a long term regular to play alongside the Frenchman. 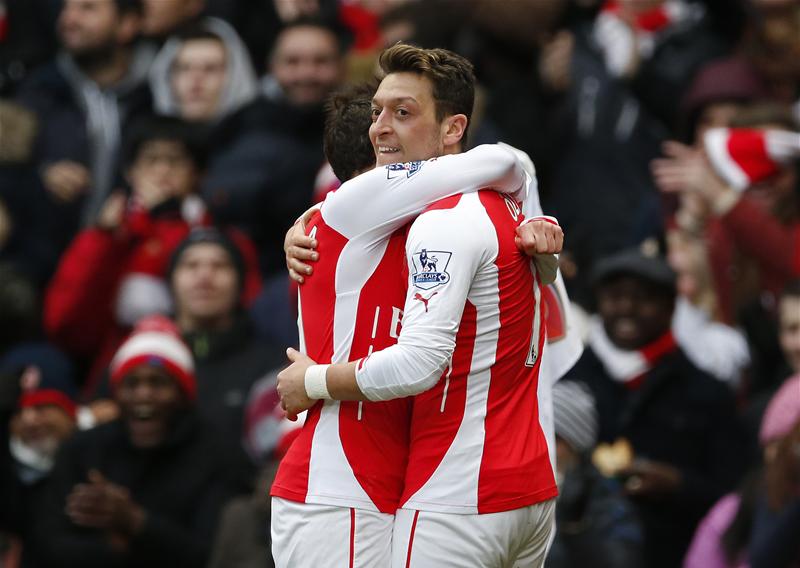 Offensively, there seems to be a direct battle between Santi Cazorla and Mesut Ozil for that no. 10 role. Cazorla has been another one of Arsenal’s best performers this season, and you can’t keep him on the bench on current form; his genius in his favoured central role has been key to Arsenal’s attacking flare, orchestrating counter-attacks from deep and carrying the ball with close control – one of his distinctive traits. Ozil who sustained a knee injury back in October, which kept him out of action for three months, seems to have found his mojo since his return; claiming 3 goals and 2 assists in the last 4 matches for the Gunners, including a goal against Tottenham and a volleyed flick assist to send Giroud on his way to score the opener against Villa.

Ozil has had better fortunes operating on that left-wing since his return, but it remains to be seen for how long he’ll continue to do so, dependant on Wenger’s front three selection; Giroud, Welbeck, Walcott and the formidable Alexis are at Arsenal’s disposal. Alexis is thought to be the preferred winger option for Arsenal, with Giroud spearheading the attack alongside Walcott or Welbeck on the opposite wing. Wenger has a lot of options up-front this season, a welcomed selection headache, but not only in the attack, all over the pitch as well. Competition for places at Arsenal are intensifying.

There had been some talk of Aubameyang moving to Barcelona this summer with Arsenal’s star man attracting widespread interest and having just 12 months...

Arsenal are likely to sell a large number of first team players this summer as Mikel Arteta aims to put his stamp on the...

It looks like Arsenal may be preparing for life without their star player Aubameyang, if the latest reports are to be believed. Aubameyang will have...

Player of the Week: Oliver Giroud

Arsenal Striker Target Tells His Club He Wants To Leave This...