Arsenal are to return to the days of a gold away kit next season, after images of the strip were released on the internet nearly a month early. 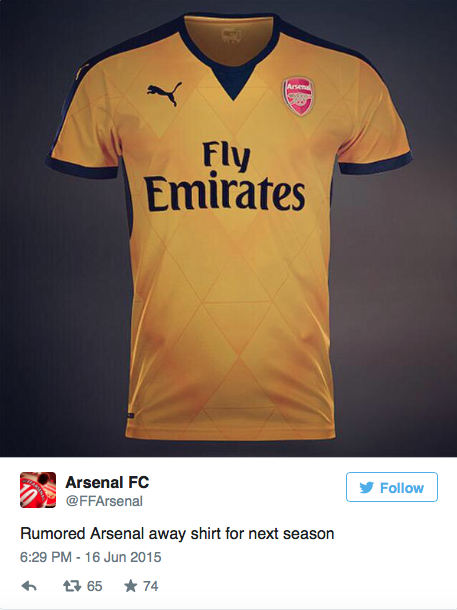 Multiple pictures of the new kits are often leaked throughout the campaign, but now it seems a design has been confirmed, in Puma’s second year of manufacturing the club-wear.

And it looks like another touch of class from the creators of this kit, with a subtle diamond feature standing out with the traditional navy blue trim. 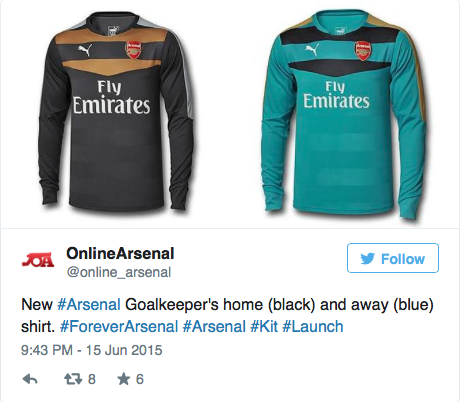 The fans will have an option of ‘Arsenal’ or ‘Premier League’ lettering, with both options coming in the same navy blue colour.

The Gunners last wore the colours in the 2002/03 season, where the likes of Thierry Henry and Robert Pires graced the jersey a year before the Invincibles season. 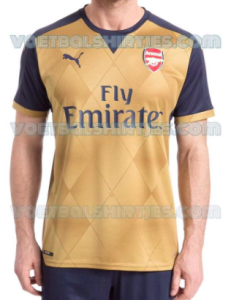 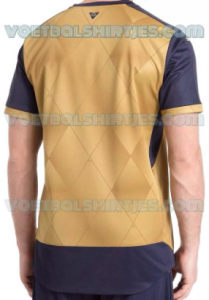 Fans can expect the full away kit to be officially launched on the 14th of July, and rumours of another third (Cup) kit have been confirmed by Puma’s official Twitter page.

Arsenal also released their home kit in front of a capacity crowd at the Emirates Stadium last week, and the sale of the new strip begins in major retailers on 25th June.

Puma marked the launch by suggesting this was a kit which replicated the passion of the fans, after the Gunners’ waited nearly 9 years for a trophy.

Whatever the boys are wearing this season, it’s sure to inspire a genuine title charge, and a number of fresh faces are being lined up to support that target.

Keep up to date with all of the latest news and gossip surround the Gunners’ transfer plans by checking our daily round-ups.