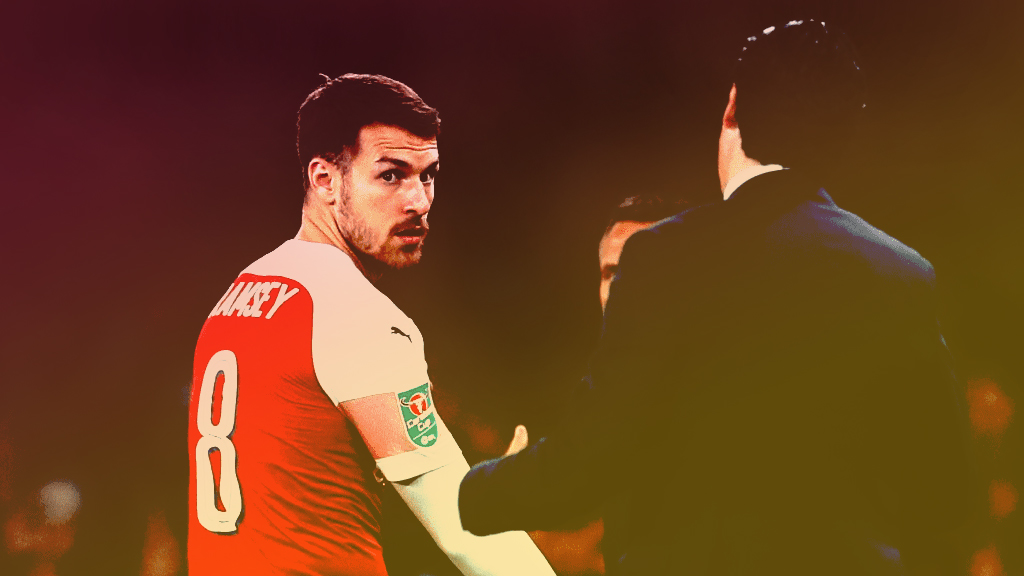 Aaron Ramsey is again amongst the headlines after telling the media he has no idea why Arsenal withdrew their contract offer. It seems he’s very keen to tell the fans, it is not his decision to walk away from the club.

The likes of Manchester United and Liverpool have been linked with a move for Ramsey and should he choose to remain in England and play for a rival club, I can see his value increasing. Another potential option for Ramsey is Juventus, a move which may see his value drop on Football Index as he competes with the likes of Pjanic for performance dividends and drifts away from media buzz opportunities.

Could he still stay at The Emirates? Unai Emery is clearly a fan of the Welshman, who captained the side to their win against Sporting Lisbon in the Europa League. But is he in Emery’s best eleven right now? It doesn’t seem so, with the Spaniard preferring Ozil down the middle and Iwobi from wide areas.

If he’s not central to the team, then Arsenal have probably decided to withdraw the contract offer as they feel his wages could be better used to improve other areas of the squad. I’d tend to agree – you don’t want to be spending £200,000 p/w + on a player who may be on the bench every week. That kind of money can get you key players.

Who could replace him? This is where it gets complex. Especially from a Football Index perspective in trying to predict where Arsenal may use his wages. I don’t think a direct replacement is required. The Gunners have a lot of talent in central midfield. I could see another wide forward coming in to add some diversity to the Gunners attack.

In my eyes four players top that list. Cristian Pavon, Hirving Lozano and then the Lille duo of Jonathan Bamba and Nicolas Pepe.

Pavon is a really exciting talent currently playing for Boca Juniors and it is just a matter of time before he moves to a European club and then I expect his price to rise a lot. The same applies for Lozano, who scores a lot from wide areas – when he moves to a PB qualifying league, traders will be rushing to add him to their portfolios.

Cristian Pavon is my personal favourite. I think he would be the cheapest option and he has the highest ceiling, in my opinion. As a follower of Argentinean, I’ve seen the intensity he plays with and the end product he has, at such a young age (22) this is seriously exciting. End product and intensity in wide areas is certainly an area Arsenal have been deficient in for some time now and Pavon’s signing would help to address that somewhat.

Should Emery choose to replace with a central player, Ever Banega looks the most likely. He’s been heavily linked with Arsenal since Emery arrived and his well-rounded skillset would be more than welcome.

Time will tell which way it goes, but this situation certainly present opportunity for traders to make some money.

Not yet on the Index? Sign up today and trade up to £500 risk free for 7 days | Any questions on what Football Index is, feel free to message me on Twitter @OliPriceBates

Breaking: Arsenal Have Made An Approach For Wenger’s Successor