Twitter erupted with unhappy Arsenal fans following their defeat to West Ham on the opening day of the Premier League.

The Gunners kicked off the 2015/16 campaign on the wrong foot, after goals from Cheikhou Kouyaté and Mauro Zárate ended in a shock 2-0 loss.

Arsene Wenger’s side lined up with two changes from the recent Community Shield victory, but it was a backs-to-the-wall performance from the Hammers that cost Arsenal.

It was a dream start to life in the Premier League for Slavan Bilic, who set up his team perfectly to force the Gunners into a frustrating afternoon.

Despite their 22 shots and 33 crosses, Arsenal failed to break down Hammers goalkeeper, Adrian, who also managed to shut out a surprise appearance from Alexis Sanchez.

And it was only natural that social media sites exploded with criticism and taunts towards the back-to-back FA Cup winners.

We’ve picked out just a few of the tweets sent out following todays loss: 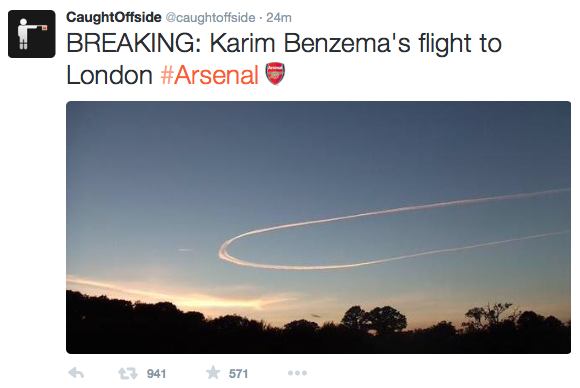