Arsenal striker Lukas Podolski has come under some criticism for his performances lately, but one thing you can’t fault about the German is his loyalty to the Gunners.

In the last few days, media has linked Tottenham with a £10million move for the 29 year old. BBC Sport tweeted about the latest piece of gossip, involving Spurs’ interest in Podolski. The player took to Twitter to shoot down the rumours, and in some fashion.

It’s great to see a player so committed to the club. Sadly the likes of Samir Nasri, Robin van Persie and Cesc Fabregas did not share such passion for the Gunners.

As much as it’s nice, funny and refreshing to see such commitment, should we be happy that Podolski wants to stay? This season his game time has been limited, but when he has featured, he’s barely made an impact at all. His lazy attitude on the pitch is frustration for many fans, including myself.

Podolski seems happy enough at the club, despite spending most of his time on the bench. Maybe it’s his reported £95,000 per week salary, just a thought?

3 departures, 1 arrival and some u-turn’s, exactly what happened at Arsenal on deadline day 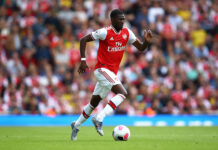 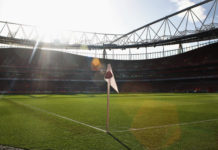 Report: Arsenal in talks with Belgian club to seal another deadline day deal

Swap Deal On The Cards? Arsenal And West Brom In Transfer...

Arsenal vs. Manchester United: Team News & Likely Line-Ups For Both...