Liverpool have completed the signing of Arsenal youngster, Elijah Dixon-Bonner, after he rejected a new contract at the Gunners. 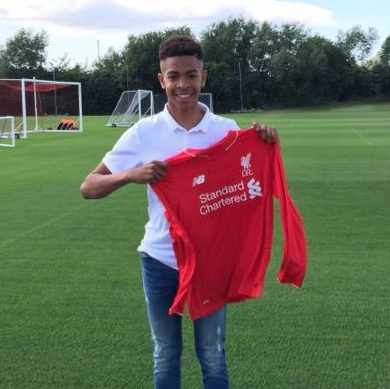 The 16-year-old was offered the chance to link up with the Gunners’ scholarship programme, but felt he would be happier at Brendan Rogers’ side.

News first broke of the story as the Englishman released details of his transfer on his official Instagram account.

Playing as an influential midfielder in the central position, Dixon-Bonner will link up with the impressive academy that Liverpool possess.

The Merseyside youth project has already been responsible for the success story that was former captain Steven Gerrard, and more recently has been the starting place for promising youngster Jordan Rossiter.

Dixon-Bonner will follow in the footsteps of a number of academy players who were officially released last week as a result of not being offered new contracts.

Fresh Arsenal reported on Wednesday that the likes of Austin Lipman, Josh Vickers, Jack Jebb and Brandon Ormonde-Ottewill are all in search of new clubs following the recent exit from the Emirates.

Arsenal are currently facing an update in their youth system, which has already seen Ainsley Maitland-Niles heading out on loan to Ipswich Town.