Mario Balotelli has been pictured with the Arsenal badge in the background, fuelling rumours of a move to Arsenal. The picture was uploaded to Instagram and taken in New York where the player is on holiday. 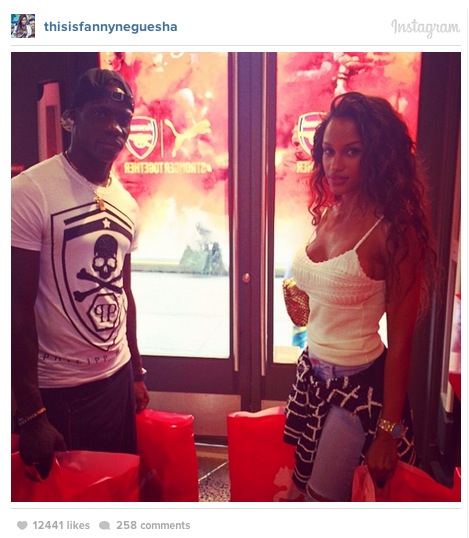 It could mean nothing, but it could be a sly hint towards an Arsenal move. What is clear is that Balotelli is keen to move to the Premier League this summer, with Arsenal an intriguing option.

The Milan president claimed earlier this month that Balotelli was set to join Arsenal for almost £30million. Since this though, Milan seemed to have dropped their demands to just £14million.

Read: 3 Reasons Why Arsenal Should Sign Balotelli: ‘The greatest minds often belong to those who have led tough lives, but it takes someone to unlock them, and I think Wenger’s the man with the key.  Mario could flourish under Wenger’s guidance, and could transform into one of the most committed and respectable players in football.  We’ve seen him do it before, and he can do it again.  Belief and patience are the tools our manager uses to unleash player’s full potential – and I think that might be all Balotelli needs.’

With two victories in their first four matches since the restart, it's difficult to get a read on just how prepared Arsenal are for...

Higuain To Replace Walcott At Arsenal This Summer? Yes Please.