Arsenal are looking to reinforce their defensive lineup this summer, after defensive frailties were exposed in a number of matches last season.

In the past few weeks, the Gunners have been linked to a few central defenders that could greatly add to the talent already on display. Swansea’s Ashley Williams has been at the top of the list since before the end of the last campaign, but talks between Arsenal, Williams’ agent, and Swansea have seemingly stalled. Kurt Zouma has been a highly-rated prospect that could be viewed as an alternative transfer to Williams.

Now, however, Schalke’s 21-year-old central defender, Kyriakos Papadopoulos, is in the sights of the red-clad quarter of London.

According to the Mirror, Arsenal are monitoring the situation of the highly-rated Greek international. Schalke have announced that if any suitors wish to take his talents elsewhere, they will need to meet his £19 million buy-back clause. Sources close to the club and the young defender claim that he could be won away for a mere £13 million.

Papadopoulos only made 14 appearances last season for Schalke, but played spectacularly when he did play. The young Greek has had playing time limited due to various injuries throughout the season, which could be a slight issue in the future. The year before, though, he made 46 appearances in all competitions, including announcing his talents to the world during EURO 2012.

As a classic defensive strong-man, Papadopoulos is known for his ability to win the ball in the air, intercept passes, and disrupt the attack of his opponents. Being young and filled with aggression, however, discipline has been an issue. This comes as a part of his hard-charging and bullish nature.  Given the correct amount of guidance and refinement, that fighting ability becomes an invaluable tool in a central defender built for the future.

Arsenal would be acquiring a world-class lock to secure their defense with if they buy Papadopoulos. This is a talent that could lead the back line for a long time to come, given refinement and tutelage under Arsene Wenger. With Ignasi Miquel being sent off on a loan and Johann Djourou possibly heading for the exit door, Papadopoulos would come in at the right time to help strengthen Arsenal’s defense significantly. 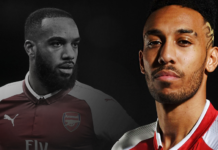 Still Time: 4 Top Quality Signings Arsenal Could Make Before The...

Like a New Signing: Is It Time For Diaby To Shine?