It’s a debate that stretches back as far as an Arsenal fan can remember, with everyone having their opinion who’s best to feature in the middle of the park. 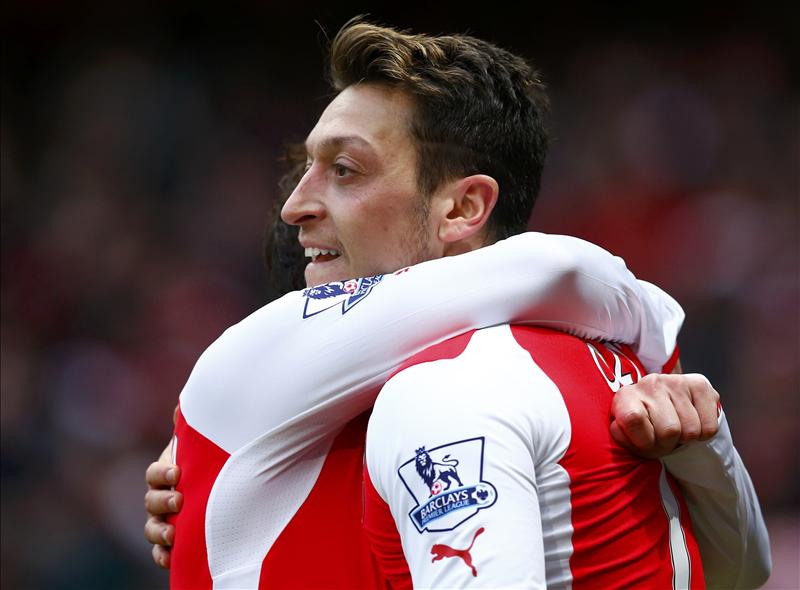 But with the squad depth looking better than ever this season, competition for places has never been so fierce in this Gunners side.

We finally have a case where players are not certain to be granted the privilege of starting week-in, week-out, which can only be a good thing for Arsene Wenger.

His selection headache will soon turn into a migraine with the imminent returns of both Jack Wilshere and the Ox, who both add something to our attack and defence.

And with a Champions League date filling up our calendar, squad depth will play a vital role in keeping up with three competitions, but we’ve taken a look at what our best midfield looks like right now.

Two months ago Coquelin was playing football at mid-table Championship side, Charlton Athletic, now he has become our most important man in the protection of the back four.

Following his performance against Manchester City, the Frenchman proved a point to Arsenal doubters, after showing his class in the games that truly defy a teams season. Now he has a nice string of games behind him, his place seems quite settled, with Wenger reluctant to buy a defensive midfielder in January due to recalling Coquelin back from his loan in late December.

This is a man who has been at Arsenal since 2008, so it’s like a second home to him, but sometimes that can affect his performance. He’s a bit like Wilshere, gets too involved in the passion of the tie which inevitably leads to some silly challenges and frustrated faces.

But ultimately this is a guy who can repay the faith Wenger had in him, and with both Ramsey and Arteta out of the picture through injury, I would expect him to hold down a place more regularly through the next couple of months.

There’s been some words exchanged by many Arsenal fans over the inclusion of Rosicky in so many of our line ups, with people saying he’s too old and doesn’t provide enough. Rubbish.

Rosicky is the shining light that every Arsenal player should be looking at. At 34 years old, he is still capable of producing top quality football, and works well alongside Coquelin because of the age gap.

Now before I get carried away, it is important to remember that Rosicky should be used as a player who can control the game, someone to act as the instigator of a counter attack. He can’t be relied on to start every game, but that’s simply to do with his capability.

On form alone I think he deserves to be in the squad, if we had Walcott in this midfield as well then you’d be looking at too much pace. Rosicky is here to balance things out, to slow down the play and take control of the situation. You can always rely on him to be consistent, and I’m glad he’s getting the ending to his Arsenal career that he deserves.

I’m beginning to run out of superlatives to describe this man, but he simply has to be in the starting line up. We all know the story of Alexis so far, but just in case you’ve been living under a rock I’ll refresh your mind.

Currently standing as our highest goalscorer and goal provider, the Chilean has made an instant impact in his first season at the Gunners. He’s already picked up two player of the month awards, and ranks as the third highest goalscorer in the Premier League.

His ability to change games is exceptional, but what stands out even more than the goals and skills is his work rate. He won’t stop until he’s sure he put everything he could into it, which has been shown during his minor injury setback where he assured the boss he was well enough to play, ignoring advice from medical staff.

The desire in this man is second to none, and he provides the outlet for Santi, who can simply sit in the middle whilst Alexis runs rings around him. 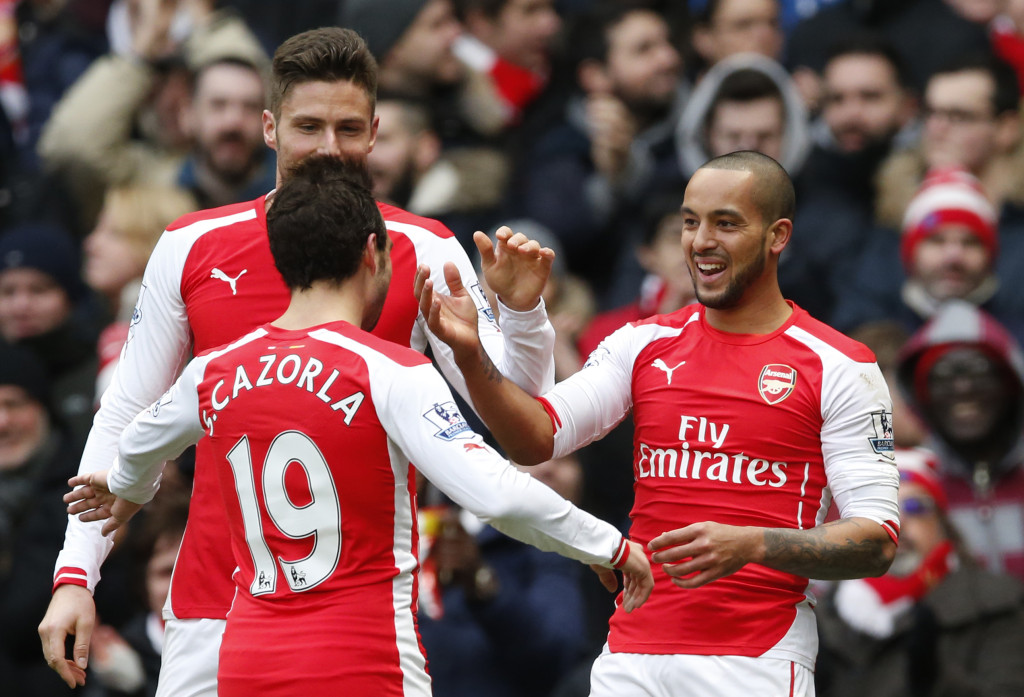 In a position that is hotly contested in this Arsenal side, there is no other man I would put to fill in at the moment. He’s the first name on the team sheet each week, and the fans agree after Santi picked up Arsenal Player Of The Month for both December and January.

He currently boasts an impressive stat of 57 chances created in the Arsenal side, just one short of Alexis, which you never would have believed if I told you that back in November. The Spaniard was having his worst start to a season in his career, looked fragile playing out on the left and was eventually dropped by Wenger to send a statement out to the team.

He sat out for one game against Manchester United, and obviously didn’t enjoy warming the bench because what we saw in December was a completely different man.

But right now the little guy has nine assists to boast alongside his seven goals scored in all competitions, so I’m sorry Athletico Madrid, but I don’t think you’ll be signing him any time soon!

He struggled to find his way last year playing out on the left, but since returning from injury the German has got to grips with the work rate needed out on that wing. The playmaker has been in top form since returning from a three-month absence, with an impressive three goals in five games.

His approach to getting back into the game is what has driven him to this success, with long stints in the gym to work on his upper body, he’s used the extra time to add something to his game, which although he may not show it in expression, is definitely helping him out.

We all know what the 26-year-old is capable of, and his ability to switch the wings with Alexis has proved the versatility we have in the squad now. Play him on the right and he will control play, and then wait for the right back to follow-up down the line where we can get a cross in.

In our FA Cup victory over Middlesbrough, Ozil played centrally with Cazorla for a good amount of the game, and it was truly brilliant to watch. There is a partnership forming at last, as they understand where the other one is gonna be each time, and I guarantee you it will be either him or Santi who gets the assist.

NOW READ: With competition high, what must Jack Wilshere do to get back into this squad?