Barcelona are upping their interest in bringing former academy defender Hector Bellerin to the club this Summer, following his impressive rise at Arsenal.

The youngster featured during the Champions League tie in midweek with his old club, who are now looking at making an offer to get him back in Barcelona colours.

According to reports in Spanish newspaper outlet, Sport, the 20-year-old spoke to club veterans Andres Iniesta and Gerard Pique about his situation at the Gunners.

It would seem the pair may have been taking advantage of the defender, who had just fallen to a 2-0 defeat with the North London club, thanks to a brace from Lionel Messi.

And the conversations have sparked a rumour mill suggesting that the firepower of the Catalan giants could be too much to turn down if an offer was on the cards.

Bellerin has repeatedly stated his love for Arsene Wenger’s side, who of course was the man that started the youngsters first team career.

The Spaniard has become a first choice man whilst racking up a consistent number of appearances this season, whilst forcing Mathieu Debuchy into making a loan move to Roma.

Bellerin joined the Gunners back in 2011 and signed his first professional contract two years down the line. He’s already made 31 appearances in all competitions this campaign, and at such a young age has attracted praise from some of football’s greatest pundits.

As Barcelona stand at the moment, their key man at right-back Dani Alves has a contract running out at the end of this season, so that could explain why reports are linking Bellerin with Luis Enrique’s side.

It certainly isn’t a transfer that Wenger will want to approve if Barcelona come knocking, but the truth is it could be hard for Bellerin to return to his home country. 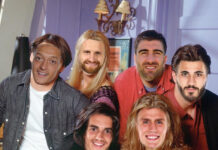 Podcast: 3 new signings? What Arsenal need to do this month in the transfer window 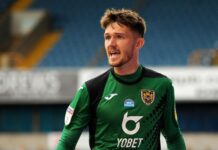 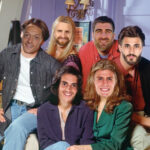 Podcast: 3 new signings? What Arsenal need to do this month in the transfer...

On the latest Fresh Arsenal podcast, PB & JB discuss Ozil's departure and what more the club need to do in this month's transfer...

Arsenal were back to winning ways on Monday night when they welcomed Newcastle to The Emirates Stadium for the second time in 2021 already. The... 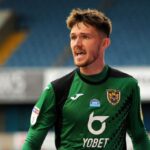 Arsenal could be about to raid another Premier League club as Mikel Arteta looks to prepare his squad for a crucial second half of...

Arsenal appear to finally be closing in on the departure of Mesut Ozil, with sources this morning reporting that the Gunners have agreed a...

Arsenal have seen a resurgence in form in recent weeks and some new players in the starting eleven have helped results. Much has been rightly...

How Arsenal Can Kick On From Winning The FA Cup

Arsenal Considering Signing This Italian Star For Half His Value

Podcast: 3 new signings? What Arsenal need to do this month in the transfer...