Yesterday (July 1) Arsenal officially announced the signing of Yaya Sanogo on a free transfer from Auxuerre.

Here’s a video of him in action. Thanks to our partners Scout Nation HD.

Arsène Wenger told Arsenal.com: “Sanogo is a good young signing for us. He has shown that he has potential with his recent performances for Auxerre and also for the France Under-20 side. We are looking forward to Yaya joining us and continuing his promising development.” 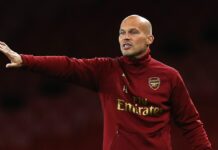 Wenger: I Wanted To Sign A Physical Midfielder, I Still Want...

Arsenal must now shift deadwood to make this transfer window near...