It looked even more like Arsenal were heading towards this core when Theo Walcott followed suit, penning a new deal, whilst Danny Welbeck and Calum Chambers joining last summer added more Brits to the ranks.

However, as focused on here by Goal, things have seemingly taken a backwards step- as they correctly state:

No Englishman has made more than three starts over the course of Arsenal’s 10-game tear(unbeaten run), and none have earned a place in the Gunners’ starting XI in any of the last four Premier League matches.

Arsene Wenger publicly stated his aim was to build a powerful squad to help push England towards World Cup glory. That wasn’t a lie. However, it seems things have changed. Looking at Arsenal’s first-team, the only Brit that can be deemed as a first-team regular is Aaron Ramsey. 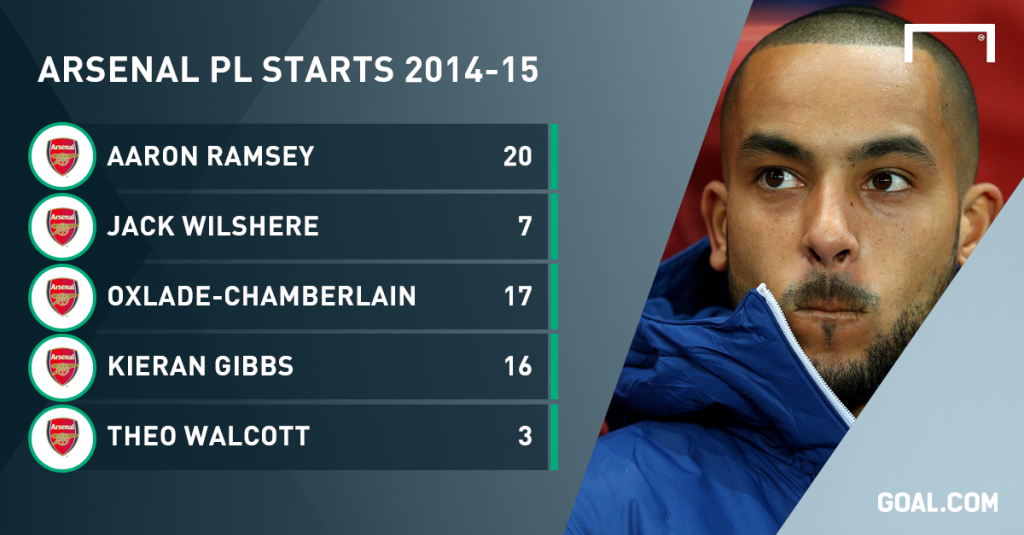 Issues, once again stated by Goal, are varied. Competition for places, as usual with big teams, is an issue- but it’s worth noting that of the injury-plagued Arsenal players, the majority of them are from these shores.

Despite his own moments of promise, Jenkinson never managed to usurp Bacary Sagna and while a season on loan at West Ham has strengthened his Premier League credentials, he will have Mathieu Debuchy and the blossoming Hector Bellerin to contend with on his return to the Emirates Stadium this summer.

Gibbs’s fitness has also been typically in and out, Walcott hasn’t re-found his rhythm post-cruciate knee ligament injury and what was meant to be a breakout season for Oxlade-Chamberlain has simply broken down too often. The 21-year-old has been managing a groin problem for months and, worse, may yet need surgery in the summer, potentially disrupting his preparations for next term.

In their absences, the likes of Santi Cazorla and Hector Bellerin have excelled. They’re now the first-team, Plan A has become Plan B. Will it change again in the future? Who knows, we can only wait.

What is clear though, is that if Wenger’s ambitious plan is to come to fruit, then fortunes regarding these players need to improve.

This Brilliant Picture Shows How Much Mesut Ozil Has Bulked Up