Serge Aurier has told a fan he is joining Arsenal – it is pretty clear in the video what is said.

Aurier generally gets forward a lot more than Sagna and is a much bigger threat in terms of scoring and creating chances. For a relatively small player he also has a great spring and often wins aerial duels with much bigger opponents than himself. His spring in aerial battles also means he’s a presence down the other end of the field, and he has chipped in with a couple of headed goals this term. Aurier also has fantastic speed and strength and won’t lose to0 many 1 v 1 battles, and as a result he can often recover from the most sloppiest of situations.

Overall, Aurier is more of an attack-minded defender and his over-zeliouness can often lead to some sticky situations. He is often positionally caught out and has a tendency to play his opponent onside. He is also a bit petulant and picked up 9 yellow cards last year. Defensively, Aurier will need to improve drastically if he’s going to meet the standards set by the outgoing Sagna, but his attacking play is something to admire and he’ll provide a constant outlet for any Arsenal attack.

Are you happy with Aurier as a Sagna replacement? Let us know below. 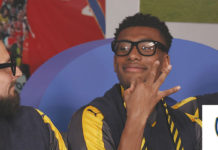 Video: Giroud, Iwobi & Xhaka Sent Back To School To Help Young Fan With His Homework! 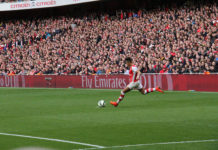 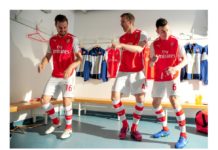 Blog: Arsenal’s Top Three Performers Of The Season So Far