The summer transfer window was ground breaking for Arsenal more than we realise. We finally paid big money for a world class player which has completely transformed the club, but almost as importantly we cleared a large portion of the worryingly high amount of deadwood players stealing their wages in our reserves. Chamakh, Arshavin (released), Gervinho, Denilson (released) , Santos, Squillaci (released) and Mannone were all ruthlessly but deservingly moved on from the club in a huge clear out which also saw loan moves for Joel Campbell, Coquelin, and Djourou. The only downside of all of this is that Bendtner is still here, which brings me onto my main topic. How many deadwood players remain at the club? Let’s start with the players on loan.

Joel Campbell is a player for the future at best, not being granted a work permit since joining means he doesn’t have an appearance to his name for us and is currently enjoying a loan spell in Olympiakos where he is showing good ability. However, with Sanogo signed, Akpom emerging and Afobe returning from injury, Campbell will have a big task on his hands getting a place in our team in the future. It seems as though he will never get a chance here, fair possibility of being sold in the summer.

Next is Francis Coquelin, a young defensive midfielder who has played for us quite a lot in recent seasons. His workrate is very good and he is comfortable with the ball but its his attitude that has drawn question marks over him, as well as his view that he should be playing more and his casual approach in training. With Flamini’s outstanding performances since his return and Arteta’s leadership and consistency, Coquelin will probably be the first out the door in the summer.

Lastly we have Johan Djourou, one of our longest serving players still at the club. Since his arrival in 2004, he has only been a regular in the team in one season (2010/2011) where he got his chance through Vermaelen missing all but five league games through injury and the departures of Silvestre, Senderos, Gallas and Sol Campbell that summer. He started shakily as any fringe player would but then formed a very solid partnership with Koscielny as we ploughed forward in all 4 competitions only to crash out of them all following the new year. Individually he performed very well leading the backline towards numerous clean sheets and scoring his first goal for the club. Despite all this he was barely played the following season with Mertesacker’s arrival and the one memorable time he did was at right back when Nani terrorised him, he too will most likely be gone in the summer.

That covers the players on loan, next are the players still with us and I think most will agree with the following players being deemed deadwood.

The only reason Niklas Bendtner is even at the club this season is Chelsea making a last minute change of mind with regards to the loan of Demba Ba. Ba was going to provide competition for Giroud while Bendtner had deals agreed with as many as three Premier League clubs, but then Chelsea condemned us to one more season with the ‘Great’ Dane. Off field antics and arrests, missing sitters and reacting to justified fan criticism following a lethargic performance against Chelsea. We may be granted a miracle in seeing him leave in January but he will probably be kept as backup until the summer where we will bid £41m and £1 for a certain Uruguayan.

Its hard to backup judgements on a player we have seen so little of so I’ll be as fair as possible with Park Chu Young. Perhaps angered that Lille supposedly advised Hazard against joining us, we stole Park from right under their noses around deadline day following the 2-8 win at Old Trafford (cries). Its fair to say we did ourselves no favours with the signing but then again Van Persie was available all season for the first time in his life and having only Chamakh as backup was risky so number-wise it made sense. In fairness to Park he looked very sharp when he played, scoring against Bolton and working hard when called upon. With military service looming and no realistic way into our team Park must be sold in the summer and probably will be.

Two loan spells ruined by two long term injuries at a young age. Frimpong can definitely consider himself unlucky seeing his best two chances to play regularly and earn a place in our team taken from him by an unlucky slip or a bad tackle. However since regaining fitness he seems to think social media, clothing brands and slating Samir Nasri will get him places. I feel he is far too distracted to prove himself capable of playing for the club and can have no complaints that he isn’t playing. He should take a page from Szczesny’s and Wilshere’s books and ditch the social media to concentrate on playing. Both knuckled down and have never looked back, Szczesny has had one bad game this season keeping nine clean sheets (Premier League and Champions League) while Wilshere is starting to add goals to his game and is getting back to his sparkling best. I don’t feel Frimpong has the mentality for a top club but could do a job for a few teams in this league, another player who is unlikely to stay past the summer or even winter at this rate. 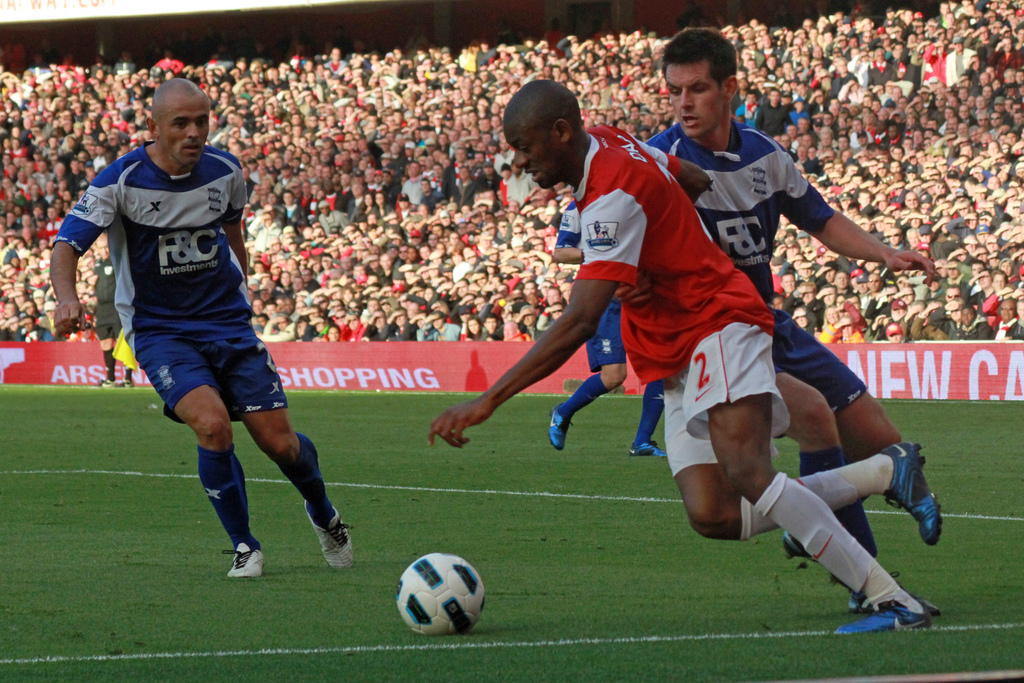 Perhaps a harsh inclusion is Abou Diaby. He has suffered over 30 different injuries since breaking his leg in 2006, an astounding amount. I really feel for him because when he plays well he is phenomenal, he can score, dribble, pass, tackle and head the ball. Ability was never the problem with him, it’s factors like him picking up a nine month injury before this season even began. He has rarely played more than 20 games in a season at Arsenal and although it is not his fault, us relying on him is unfair on the other midfielders because they know they are unlikely to be rotated and will have to play through illness and knocks. We can argue the Van Persie case and say he will get his chance and become top class eventually, or we can think about what’s best for both parties. We need players who can contribute consistently to this team and help push us forward, and Diaby just needs his body to heal and then think about playing football again. In a less physical league Diaby would look better than Yaya Toure and to save his career that’s what he really needs, a new chance and a fresh start where he will be eased in. I pray Diaby proves me wrong, but we cannot carry him anymore and need to replace him with someone who will contribute if we really want to become successful. Huge faith in him from Wenger means he most likely won’t be sold in the summer unless Wenger has another ruthless clear-out.

The last deadwood player at the club, Lukasz Fabianski. He waited a good few seasons for his chance in the first team and an injury to Almunia in the 2010/2011 season gave him that. As did Djourou, he started shakily making silly errors and flapping at crosses etc. He then focused and became one of our most consistent players in the team through the busy Christmas period. Stunning performances and clean sheets against the likes of Wolves, Man City (home and away) and West Ham saw him really take his chance and stake a big claim for our no.1 spot. Unfortunately for him, he picked up a shoulder injury against Man City which saw him lose his place to Szczesny. Since then Szczesny has grown exceptionally and left Fabianksi far behind, this season especially. There is a chance Fabianski could leave in the winter but that would depend on a goalkeeper joining us. It wouldn’t make much difference though with his contract apparently expiring in the summer.

So there we are, all of the deadwood players still at the club and where I feel they will be by the summer. There were some other possible inclusions in the back of my head of players that may also be gone by the summer but they are far from deadwood. The likes of Vermaelen, Sagna (contract) and Rosicky (contract) come to mind but they are all valuable and important players for us and not many would want them out of the club, myself included.
[divider]
Photos by Ronnie Macdonald

Highly rated creative midfielder could be on his way to Arsenal after being banished...

It was well documented in the summer that Mikel Arteta was hoping to add more creative options to the clubs midfield, and high up...

Campbell Starts! Arsenal vs. Southampton: How Arsenal Must Line-Up

Highly rated creative midfielder could be on his way to Arsenal after being banished...