Arsenal’s activity in the January transfer window has been far from entertaining, but it looks as if Gedion Zelalem is about to get a piece of the action.

According to De Telegraaf (transcribed by The Sun), the young midfielder will complete a short-term loan to VVV Venlo in the coming days after the clubs reached an agreement.

VVV Venlo? Who the hell are they I hear you saying! Well, currently placed in top spot of the Eerste Divisie in Holland, they aren’t too shabby when it comes to kicking a football around.

Think of it as the Dutch version of the Championship, and that’s where Zelalem will be playing football for the rest of this campaign after Wenger approved a loan move.

The Gunners boss is a huge fan of the youngster, having brought him on several pre-season trips and giving him choice on where to play in order to develop his ability.

Zelalem has been the driving force in the academy since he arrived in 2013, but now it looks as if he’s keen to get a more physical run of games in to challenge the first team.

But what makes us certain that the American has a Gunners future is that Wenger reportedly ensured Zelalem signed a new contract before packing his bags.

That was to ensure he didn’t leave on a free this summer, with Borussia Dortmund and Rangers both sniffing around for the highly rated attacking midfielder.

Zelalem has already made four substitute appearances for the Gunners, with two of those coming in this year’s EFL Cup, which Arsenal were knocked out of by Southampton.

I really hope he does well over there because he’s been linked to following in the footsteps of some of Arsenal’s most exciting midfielders, especially Jack Wilshere.

He doesn’t look close to competing on a physical level yet and that’s what’s holding him back. The likes of Ozil, Bellerin and Gibbs have all shown us that spending a bit more time in the gym can equate to better performances!

Stay updated with Zelalem’s move by following us on Twitter @Fresh_Arsenal! 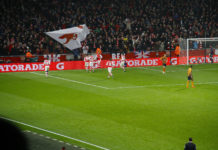 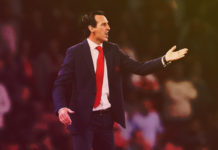 How can Emery solve away crisis? 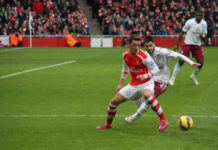 Wenger’s Gamble Backfires As Arsenal Star Is Ruled Out For Another...