There’s not long to go now, and as the talk surrounding transfers begins to die down our attention is now switching to that beloved Champions League music.

Arsene Wenger has submitted his official 25-man Champions League squad and there are some players worth pointing out for both the right and wrong reasons.

The Gunners kick off their European campaign with an away tie to French Champions PSG, arguably the toughest fixture on paper they’ll have to cope with.

Also in Group A are the tricky opponents of Switzerland’s FC Basel and new boys Ludogrets, a side that Wenger or Arsenal have never come up against.

After years of being placed in the ‘group of death’ many supporters are now ushering Wenger’s men to finish top of the group and avoid a nasty knockout stage game.

But they will be without a couple of key men, as both Danny Welbeck and Per Mertesacker have been omitted from the squad as they continue to recover from long-term injuries.

We had positive news on the comeback of Welbeck earlier this month, and he and the BFG are targeting a return in January, giving them the chance to feature in the knockout stages.

We’ve posted the full squad below, but don’t panic about Hector Bellerin, Chuba Akpom and Alex Iwobi not being in it, there’s a full (yet complicated) explanation.

Players born on or after January 1st 1995 that have been eligible to play for the club for two years will appear on the ‘B List’, but we won’t bore you with the details!

So let’s take a look at the squad that will be put in charge of doing exactly that, with their first game coming up on September 13th (Squad details taken from UEFA.com). 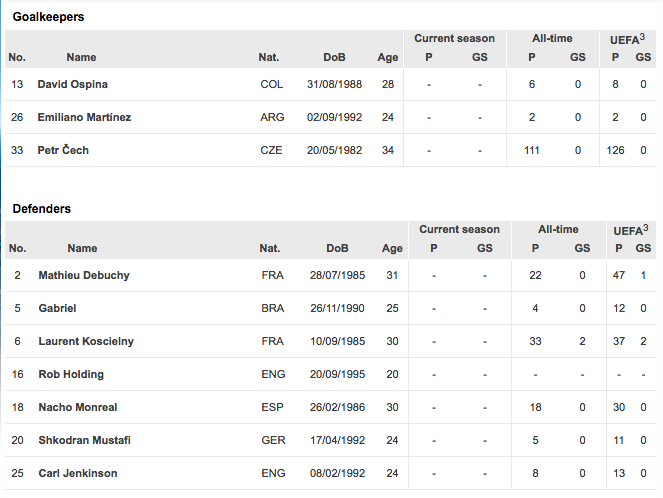 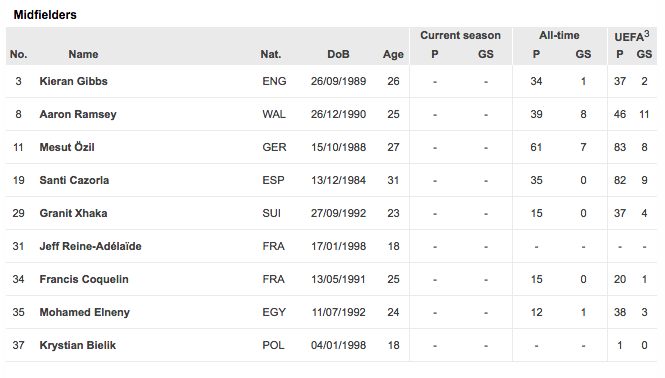 Team News: Who Won’t Be Featuring In This Weekend’s Emirates Cup