The rise of Francis Coquelin is quite a story. Two months ago he was playing on loan at Charlton and now he is a first team regular for Arsenal. 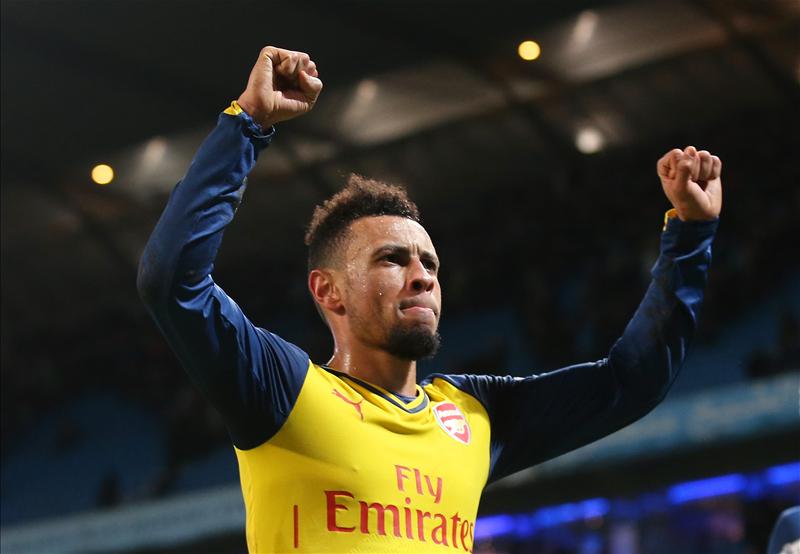 Coquelin has gone from a player destined to be released at the end of the season, to a key part of the Arsenal starting line-up and a player set to sign a lucrative new four year contract. It’s a remarkable turn around and one that took even the player by surprise. Coquelin told press:

“It’s weird because the way it happened was so sudden, so I didn’t expect it,” he told Arsenal Player. “I trained with the team all week and on Monday I was going to see the Charlton manager with a few other people about a change of formation.

“He explained what he wanted me to do and told me I would be a big part of the formation.

“Then on the Thursday night, I was at home watching TV and got the call from Arsenal. That’s football and you just need to take it.

Coquelin admitted he felt bad leaving Charlton, as he and the team were preparing for a big Championship clash that weekend:

“I felt a little bit bad about Charlton because we had trained all week, were ready for the game and it was so sudden.

“It’s part of football and my [focus] went to the Newcastle game as soon as Arsenal called me. I tried to give my best when I came on.

“Without Charlton, I probably wouldn’t be here because I wasn’t performing that well but they gave me the chance to play and I wasn’t out of fitness when I came back. I think that helped me a lot.”

Coquelin featured as a sub in the game against Newcastle, but has since played 90 minutes of every game (except for Brighton), with the Gunners winning four of the five games Coquelin has started.

Alexis Is Back, Elneny Starts! Arsenal vs. Chelsea: Team News &...

Walcott & Iwobi Dropped! The Line-Up Arsenal Must Use Against Liverpool