After a shaky win over Leicester in mid-week, we have been struke with the news of fresh injuries and concerns for the team. After just 10 minutes, Aaron Ramsey was brought off and is expected to miss the next month of fixtures. Unfortunately, the recovery of Jack Wilshere also suffered a setback, as he was expected to return to the team before the UCL cup match against Monaco. 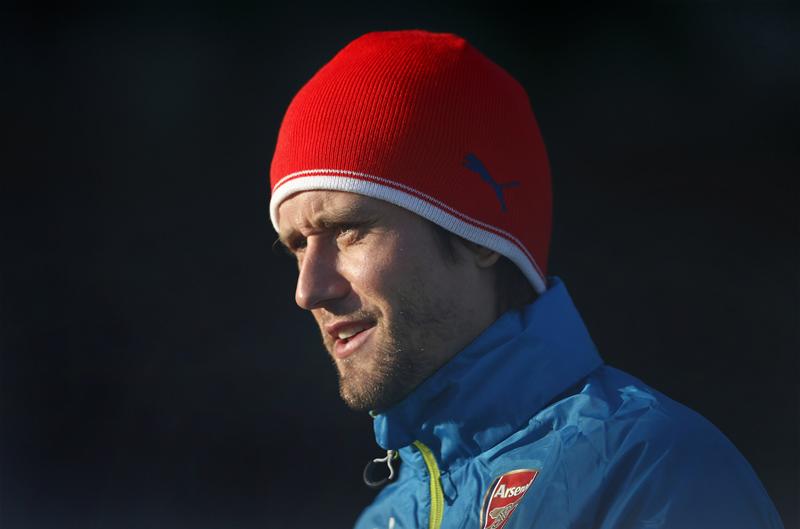 Also out with injuries are the long standing duo of Mathieu Debuchy and Mikel Arteta, who have suffered long term injuries in recent months. One player likely to miss this game is star man Alexis Sanchez, who suffered a knee issue vs Leicester at half time. Although being substituted early, he later confirmed via Twitter that :

So does this mean he will be rested for a few games? Your guess is as good as mine. But with his drive and passion to play, I’m sure he will be back on the pitch soon. Wingers Serge Gnabry and Alex Oxlaide-Chamberlain are also out with injuries.

Returning from Injury, Danny Welbeck, Mesut Özil and Theo Walcott, all look sharp and have given off good indication that they are ready to fight for their places. All 3 players look likely to start, along with this probable team :

His partner David Ospina has stolen the spotlight in recent weeks, but after 2 poor performances, I wouldn’t be surprised to see Szczesny being slotted back into the team.

It’s bound to happen eventually, but I expect Gabriel to make his debut this week. His time has come and allows Laurent Koscielny to rest for a week before this quick run of games. The second change in the defence is the re-introduction of Calum Chambers, who lost his place to the impressive Hector Bellerin last month. His strong presence can hold a Rampant Bamford off, and will allow the Bellerin to rest. They will be partnered by Per and Nacho, who hold their places in the squad.

One of the largest and widest depth Arsenal have had in a while. An inform midfield can include any of our starting XI, and this lineup is no different. Coquelin has been incredible for us, and sitting alongside the forever-Young Rosicky will be a tasty pair to watch. In front of them may sit a trio of Theo, Danny, and an inform Özil. This attacking threat shows no remorse for a defence, and each player provides his own playing style to the attack.

Simply our danger man for one on ones and set pieces. With the pace behind him, as well as the vision of Özil, Giroud should expect passes and crosses to fall to his position. I would like to play a young Chuba Akpom, but unfortunately I feel that we need to confirm advancement before taking risks.
And for Middlesborough ?…

Unbeaten in 10, sitting top of the table, and coming off a 2-0 win against Manchester City in the previous round. They have been outstanding and are deservedly being praised for their push for the return to the top flight. Bamford has smashed home 11 goals so far this season, including the opener against Manchester City. They will most likely lineup identical to their win vs City . with this team :

Although seemingly unknown, this team poses a serious threat to us, and they arrive at the Emirates with a almost fully fit squad and a unbeaten streak of 10. We have our work cut out…

Report: Arsenal ‘On The Verge’ Of Third January Signing