It has been dragging on for some time, but it seems that finally Arsenal have completed their second major signing of the summer.

Arsenal are looking to make improvements to their squad all across the pitch this summer and defence is an area of particular interest to new boss Mikel Arteta.

We’ve been bringing you all the latest news about Arsenal’s pursuit of Gabriel Magalhaes for some weeks now – and it appears that the chase may have reached a conclusion. Following The Times saying that Gabriel had completed a medical on Thursday, Italian outlet Corriere Dello Sport have now confirmed that the 22-year-old Brazilian defender has signed with Arsenal.

As the front page of the Italian news outlet for Friday shows, they believe Arsenal have won the race for Gabriel. Their report translates to: ‘Gabriel has signed for Arsenal, now Napoli is concentrating on signing Sokratis’. 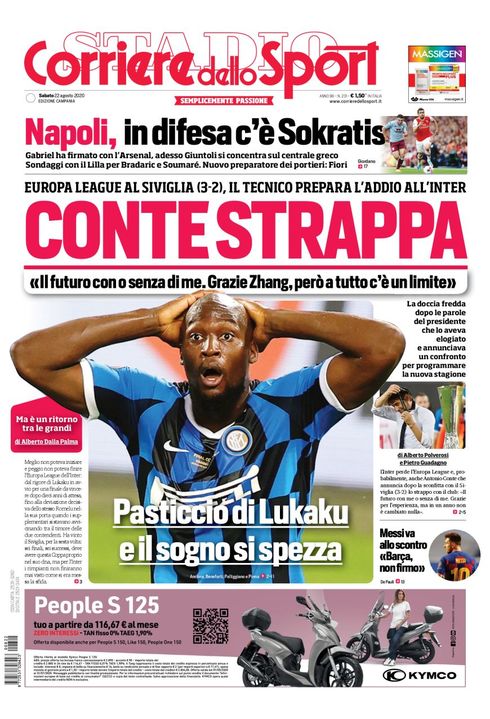 We told you on Wednesday that Sokratis was close to the exit door, with Napoli heavily interested as well as Roma. With Napoli target Gabriel now heading to Arsenal, they look set to move for Sokratis, and Arsenal are unlikely to ask for much in order to get the Greek defender and his £90,000 per week wages out of the club.

The club are also thought to be willing to listen to offers for Rob Holding, Calum Chambers and Skhodran Mustafi as they look to reduce the number of first team defenders at the club, with Gabriel set to join an already lengthy list.

Look out for our detailed analysis of Gabriel Magalhaes coming to fresharsenal.com in the next couple of days.

Arsenal were back to winning ways in the Premier League on Sunday as Mikel Arteta's men defeated Leicester 3-1. Arsenal fell behind again to an...

5 Players Arsenal Should Target From The Premier League