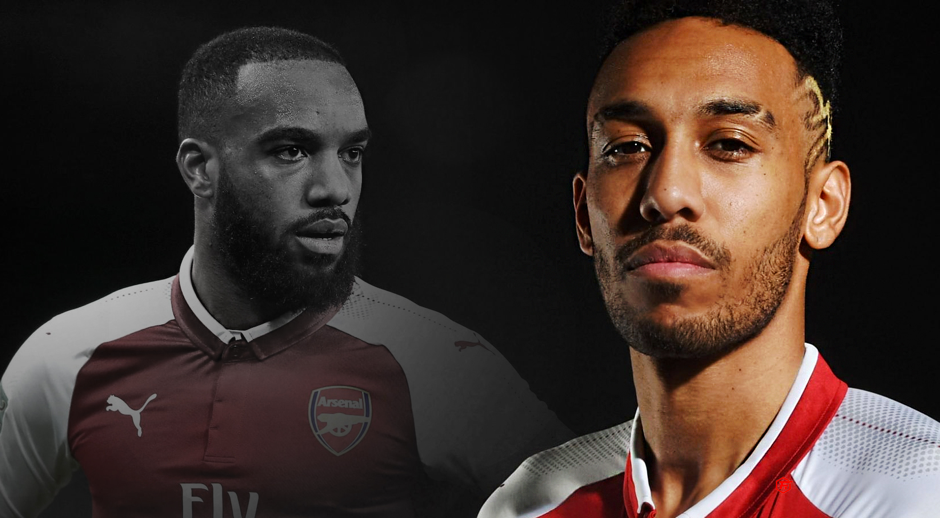 Lacazette has been pushed to one side with the arrival of Aubameyang and following that miss at Wembley, subsequently followed by a 6-week long injury, Alexandre Lacazette may feel like his first season at Arsenal has not gone to plan.

Despite a (very) fast start, Lacazette has not lived up to expectations and is now in a very long goal drought, that will feel like forever whilst he is out injured. But can the duo play together? Whilst Wenger appears to want to stick with one striker, a new manager could get the best out of £100million of attacking talent – but how could they get the balance right?

Despite what many thought before he arrived, Lacazette is actually a good link up player and could play a slightly more reserved role, in a sort of Bergkamp – Henry partnership. Aubameyang is the fast killer in the box that will get in behind and be ruthless in front of goal, whilst Lacazette can score from distance and link with the midfield. The first and most obvious way I see everyone being in their best positions is to play a 4-2-2-1-1 see below…

Of course the two central midfielders before that attacking four would need to be carefully selected. A duo of Ramsey and Wilshere would leave the team very unbalanced. But are Granit Xhaka or Mohammed Elneny good enough? For the Gunners to play like this they’d certainly need to have a top quality, physical defensive midfielder – a Fabinho esque player to stay deep and be combative. He could then play alongside Ramsey or Wilshere and the balance. There’s no doubt that Lacazette would have to adapt his game if Arsenal were to go with a formation like this, he could not afford to not be involved in the buildup play, and even do his share of defensive work, but he has shown he is capable of this in parts this season. What do the bookmakers think?

Even if they don’t play together all the time, there is certainly room for both players in the Arsenal squad. If the Gunners can get the duo competing at the top of their game then Arsenal should have no trouble in scoring goals.

Should Arsenal Play 4-3-3 For The Rest Of The Season?

Gunners Confident Of Signing Highly-Rated Leicester Defender In The Next 10...