Arsene Wenger will be a happy man waking up this morning, following his 2-1 win over Crystal Palace, he has plenty of other reasons to celebrate.

The Gunners manager had nearly all of his loanee stars featuring for their respective teams this weekend, with Jon Toral making the headlines yet again.

And in the past seven days from our last look at the loan players, Emiliano Martinez has added to an already built up list of Gunners playing football away from the Emirates Stadium this year.

After sealing a move to Wolverhampton Wanderers in mid-week, the Argentinian was thrown straight into action, including a tricky fixture against a couple of fellow Arsenal men.

There was a welcome return to action for Carl Jenkinson, after the defender was unable to play last weekend due to it being a fixture against his parent club.

We’ve put together a detailed brief on how all of Arsenal’s loanee’s got on this weekend, simply scroll through the headlines below.

The Polish shot-stopper featured yet again for Roma this weekend, after playing in a friendly match with Sevilla that ended in a  10-goal thriller.

Szczesny played the opening 45 minutes for the Serie A giants, who kick off their new season next weekend in a tricky away tie against Verona.

Roma went in at half-tim with a convincing 4-0 lead, with Szczesny having very little to trouble him in a half that was dominated by the Italians.

At half-time the 26-year-old was replaced by Morgan De Sanctis, the person being kept out of the sticks since Szczesny’s arrival, and things took a turn for the worse.

De Sanctis let four goals into his net during a 45 minute spell, including a well executed striker from former Gunner, Jose Antonio Reyes.

The result finished at 6-4 to Roma.

It was certainly an active return to Premier League football for Jenkinson this weekend, as he ended the game wearing the goalkeeper gloves.

The English Under-21 international was thrown straight into the mix after being ineligible to play last weekend in an opening game against the Gunners.

However, Jenkinson kicked off his second successive season with a full 90 minute performance against Leicester City, as the Hammers were defeated 2-1.

Slaven Bilic’s side were on the back foot for the majority of the first half facing a Leicester side that were brimming with confidence after their opening day 3-1 victory.

The Hammers picked up their game in the second half with a cool finish from £12million signing, Dimitri Payet, but it wasn’t enough to cover up the foolishness of West Ham goalkeeper, Adrian.

On the back of his man of the match performance, Adrian came out of his area and a dramatically raised high foot resulted in a sending off and Jenkinson picking up the gloves for the final five minutes.

It’s been another impressive week for the striker, after adding to his Hull City account with another goal and an eye-opening performance.

Akpom featured in Capital One Cup action on Tuesday evening, with his goal being one of four in extra time, with Hull later winning 4-3 on penalties.

Following his opening day performance, Akpom was used as a 60 minute substitute against Accrington Stanley, who boasted an impressive showing as they took the away side to penalties.

Akpom made an impact as he opened the scoring in the 92nd minute, which was soon followed by levellers which took the game to penalties, where Akpom also struck home.

Turning our attention to this weekend, Akpom was rewarded for his efforts with a starting place as they played Wolves in Championship action.

It was his strike partner, Nikica Jelavic who got himself on the scoresheet, but it wasn’t enough after a terrific game ended at 1-1 and the two play-off hopefuls shared the spoils.

It’s been a busy old week for the goalkeeper, after sealing his move to the Championship side on Tuesday morning, he was thrown straight in at the deep end.

Martinez made his introduction to his new teammates by playing the full 90 minutes of his sides Capital One Cup tie against Newport County.

Wolves came out as 2-1 winners after an early scare, as Martinez conceded just six minutes into his debut, with very little he could have done about the strike from Scott Boden.

After impressing on Tuesday night, Martinez kept Carl Ikeme on the bench at the weekend as he played in the 1-1 draw with Wolves on Sunday afternoon.

Martinez came up against fellow Gunners, Chuba Akpom and Isaac Hayden as neither side could break the oppositions defence to grab a winner.

The Argentinian goalkeeper was forced to face a first-half penalty as Curtis Davies was brought down in the area, but he wasn’t able to produce a save and Wolves went 1-0 down.

Martinez featured heavily in this franticly attacking game, and it’s certainly been a good start for the youngster.

It’s been a mixed week for the English youngster who is determined to impress as he aims to feature as a regular for the senior squad at the Gunners.

The defender, who can also feature in the holding midfield position, was an unused substitute in the Capital One Cup win over Accrington Stanley.

Hull were pushed to penalties on Tuesday night, and Hayden was not selected to be brought on with his purely defensive stature.

However, Hayden was reinstated into the starting line-up on Sunday afternoon, as he featured for 56 minutes in the 1-1 draw with Wolves.

Hayden played as a defensive midfielder for the majority of the game, and was kept busy by a team who are also pushing for automatic promotion this season.

Another weekend for the youngster saw him get his name on the scoresheet, and he is certainly taking to life well in the Championship.

Although he didn’t feature in Birmingham’s 2-1 victory over Bristol Rovers in midweek, Toral made a return to the squad with a superb first-half goal.

The midfielder, who will spend the whole of the 2015/16 campaign at the Midlands club, struck home in the opening 10 minutes as his side drew 2-2 with Burnley.

Former Premier League boys, Burnley, are beginning to convince us that they have a chance to get back into the top division, but Birmingham pushed hard and picked up a tricky point.

Toral was brought off on the 75th minute as the away side looked to hold on defensively to their 2-1 lead, however a late header from Matt Taylor ensured both sides shared the spoils.

The Arsenal midfielder failed to feature in Ipswich’s League Cup tie, but picked up minutes this weekend for the Championship side.

After an early scare from Sheffield Wednesday, the home side picked up a 2-1 win to lift their spot in the table to a comfortable top half position.

Maitland-Niles featured for 74 minutes before being replaced in order to secure the convincing lead Ipswich had built up.

In their first league game in front of the home crowd, Ipswich were lifted to an impressive performance, and Maitland-Niles was heavily applauded as he left the field.

Crowley featured as a substitute for Barnsley this weekend after failing to make the squad selection for Tuesday evening’s League Cup tie. 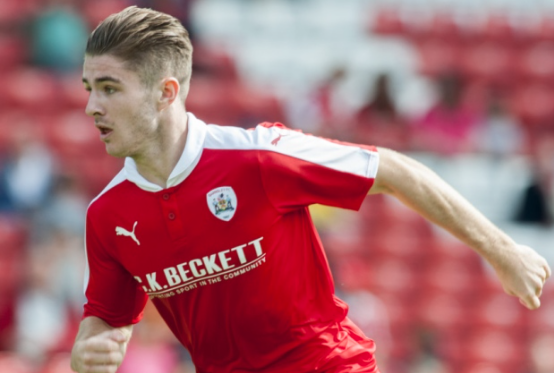 Barnsley pulled off a surprise 1-0 victory over Burton Albion on Saturday afternoon, with the League One side showing depth in their defensive capabilities.

Crowley was introduced as a half-time substitute and made an impact to a game that was ultimately quite dull, but he was a bright spark in an otherwise dull affair.

Yaya Sanogo played 8 minutes off the bench in Ajax’s 3-0 win.