Arsenal face Benfica at 17:55 UK time on Thursday in what is a must win game for the club, described as a ‘cup final’ by boss Mikel Arteta.

The Spaniard does not underestimate its importance following a 1-1 draw in the first leg, and don’t expect his line up to underestimate anything either. Here’s how we are predicting Arsenal will line up this evening.

You can build your own Arsenal XI and easily share it using our new squad selector tool here.

This is a no brainier. Leno had little to do in the first leg and Arsenal will hope to keep him similarly bored this time round, just without the penalty if possible!

Tierney played 90 against Manchester City but with this game being so crucial, I can see him starting again. Cedric was rested against Man City and for me, has to start ahead of Bellerin going by recent form. Luiz and Gabriel both dropped out against City as well and should come back in for this one. Rob Holding will miss the game due to concussion protocols and Mari is likely to be replaced by the fresh Gabriel, who performed well in the first leg.

Midfield selection could be interesting with the news that Thomas Partey is fit again and in the travelling squad. But as important as this game is, Arteta will surely not want to risk a further setback to vital midfield piece Partey. Having him on the bench will be a big asset but I can’t see him starting this one. Especially as Ceballos was rested against Manchester City, allowing him to be fresh and partner Granit Xhaka in midfield. Smith Rowe was given a breather against Manchester City too and with Odegaard starting consistently in recent weeks, Arteta could keep the Norwegian up his sleeve from the bench. I can see Arteta opting with those he trusts most to play from the wings. Getting Aubameyang as a second striker and playing from the left, with Tierney overlapping, is a proven solid attacking approach. Saka has played a lot lately but it’s hard to see how he can’t play this one. Try and win the game early and rest him after.

Lacazette has dropped out of favour in recent weeks, but his link up ability could be vital in helping Arsenal break down a Benfica side that has shown it can setup with good defensive structure. Arsenal also lacked clinical finishing in the first leg and getting both Aubameyang and Lacazette on the pitch together could help the Gunners avoid the same scenario in this one. 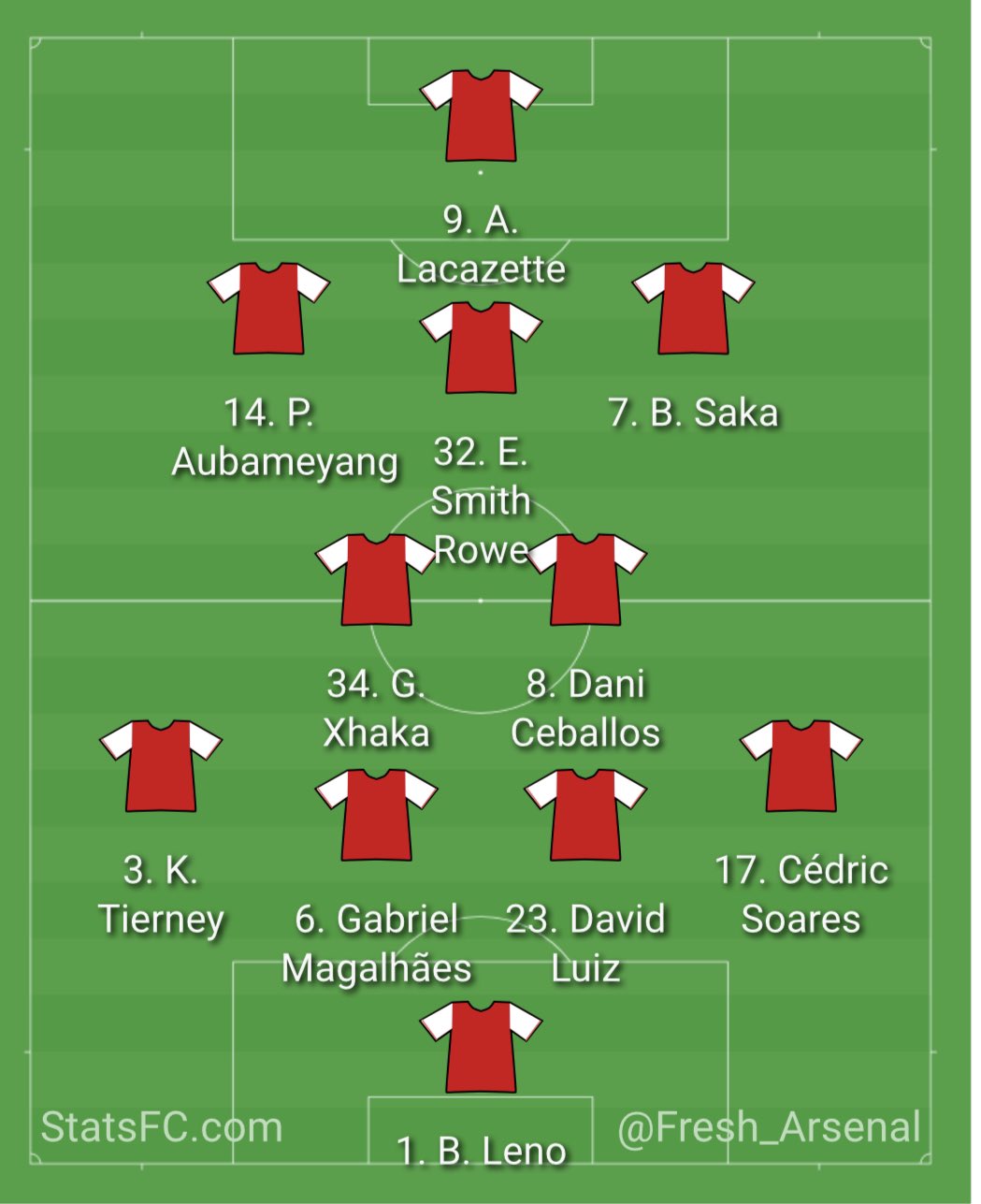 Do Arsenal Need A Midfielder Or Centre Back Most This Window?