Arsenal take on Leicester at 19:45 on Tuesday, as the Gunners look to overcome Saturday’s poor showing at White Hart Lane. Arsene Wenger is expected to make several changes, and Alexis Sanchez is back fit! 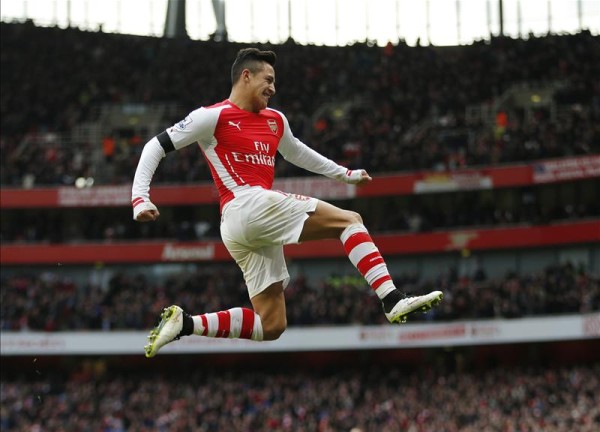 Wenger said on Wilshere: ‘He’s back in full training this week. I don’t know exactly [how long until he returns], we have to monitor him on a daily basis and see how he develops.’ Wenger then later confirmed that Alex Oxlade-Chamberlain would return in ‘about two weeks’. He could not name return dates of Mikel Arteta or Mathieu Debuchy, both of whom might struggle to play again this season. No fresh injuries were picked up from the Tottenham game, but Alexis Sanchez is back fit.

Goalkeeper: David Ospina
I would not be surprised to see Woijech Szczesny start this game, though. Some think Ospina was brilliant against Spurs and others think he was terrible. I’m not convinced. He looked shaky. It’s 50/50 who starts in goal for this one, but I have a stronger feeling towards Ospina.

Defence: Calum Chambers, Per Mertesacker, Laurent Koscielny, Nahco Monreal
I think Chambers will come in for Hector Bellerin. The Spaniard has started several game recently whilst Chambers has been handed an extended rest from the first team. Chambers could start against Leicester and then Middlesborough at the weekend. I think Gabriel will be handed his debut at the weekend, but Wenger will stick with Laurent Koscielny and Per Mertesacker in the Premier League for now. Monreal is on great form and so I don’t expect Kieran Gibbs to come in. 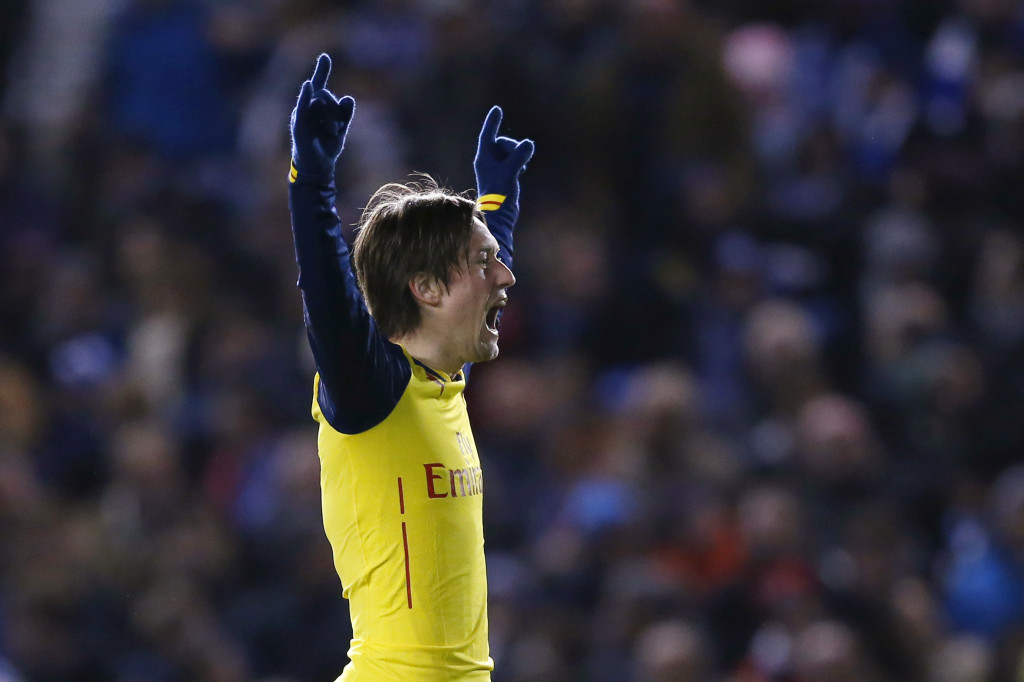 Midfield: Francis Coquelin; Theo Walcott, Santi Cazorla, Tomas Rosicky, Alexis Sanchez
Coquelin has to keep playing in the holding midfield role, after several top class performances there. Walcott and Sanchez are expected to come back into the Arsenal team for Ozil and Welbeck, who were often ineffective against Tottenham on Saturday. Ozil has played a lot since returning so it might make sense to rest him for this one. Rosicky has been on great form and will hopefully come in for the out of form Aaron Ramsey.

Striker: Olivier Giroud
Giroud had a very quiet game against Tottenham and with Danny Welbeck back in the squad, the Frenchman will have to start performing at his very best every game. I expect him to start again, but he won’t be forgiven for many more anonymous performances.