Two Arsenal youngsters have been named in Goal’s official under 18’s top 50 footballers in the world list.

Summer signing Jeff Reine-Adelaide, who turned 18 on Sunday and Krystian Bielik (18) were the two Gunners to be rewarded with a place in the top 50.

Jeff is held in high regard amongst the staff at Arsenal, with Arsene Wenger also singling him out for specific praise in the past.

Jeff made his Arsenal debut this month when he came off the bench in Arsenal’s FA Cup third-round victory against Sunderland.

Although Bielik was expected to feature in the first team sooner, he has shown encouraging qualities for someone so young. Although originally thought of as a defensive midfielder, Bielik has played much of his football this season as a central defender. That may be more down to the lack of youngsters the Gunners have in that position more than the player himself’s preference. 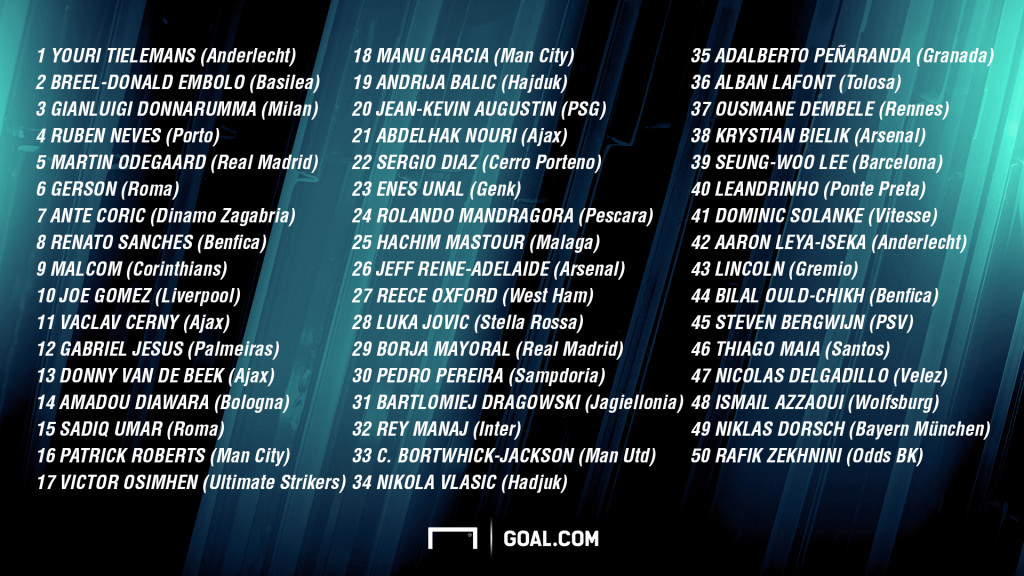 Such recognition can only be good news for the players and the club, but they will both know that a lot of work is needed if they are to become regulars in the first team. Too many times have we seen talent wasted.

Does Ozil Feature? Our Combined Arsenal And Chelsea XI